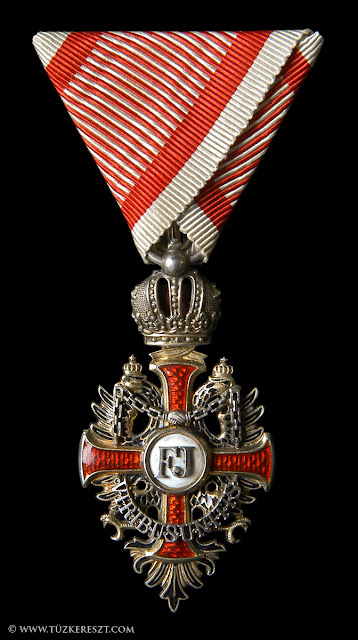 
The Knight's Cross (in silver on the photo) was usually suspended from a triangular red ribbon on the left breast. In common with the other Austro-Hungarian awards of the period 1914-1918, the Franz Joseph Order was further distinguished with the addition of the War decoration (as seen on the photo) and Swords. The actual award was usually presented for distinguished service as opposed to gallantry in the face of the enemy.

Back
The order ceased to exist with the dissolution of the Austro-Hungarian Empire in 1918. It was not re-established with the foundation of the Republic of Austria in 1919 when titles became illegal.