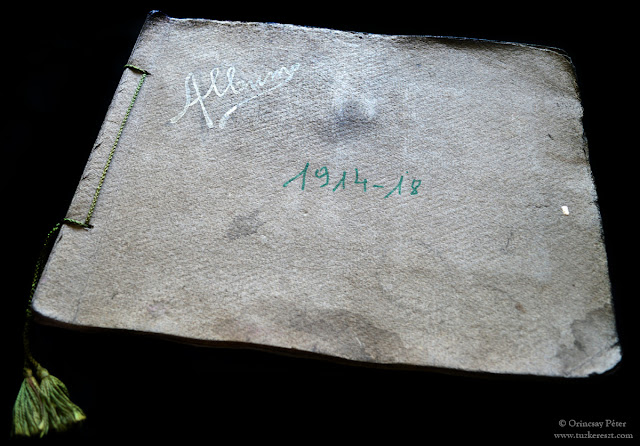 Sometimes when a photo-album was only intended for the original owner, no text or comments were added when the photos were places on the pages. In the hope that the people and the places would never be forgotten, such information was not necessary. Many many years later, all that  is left is just the album and the photos and not much more. The eternal moments faded into history just like the people and the places and it's up to us, who watches the images to figure out who, where and when they might have been taken. 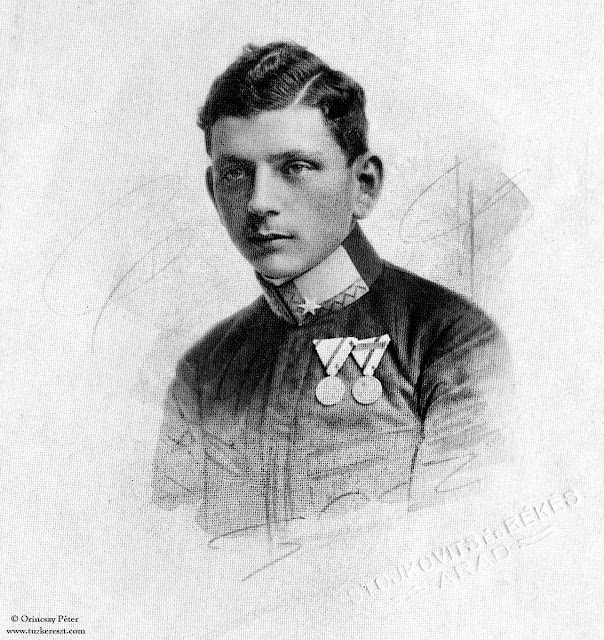 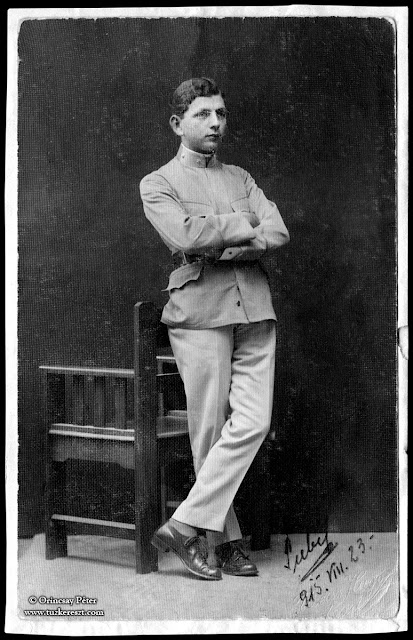 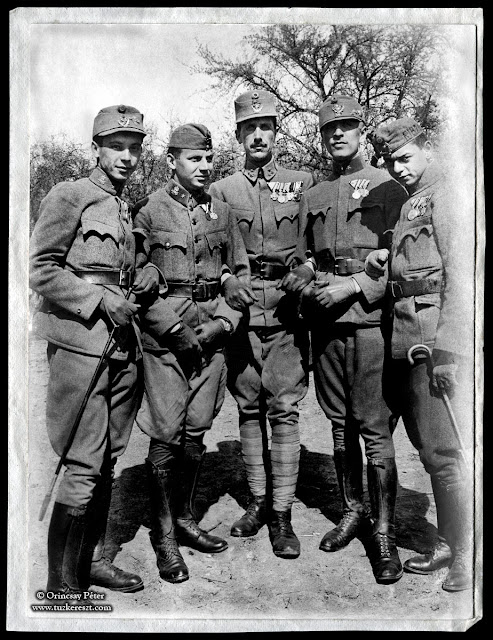 The cap badges are the one of the 28th Austo-Hungarian "Feldjägerbataillon". 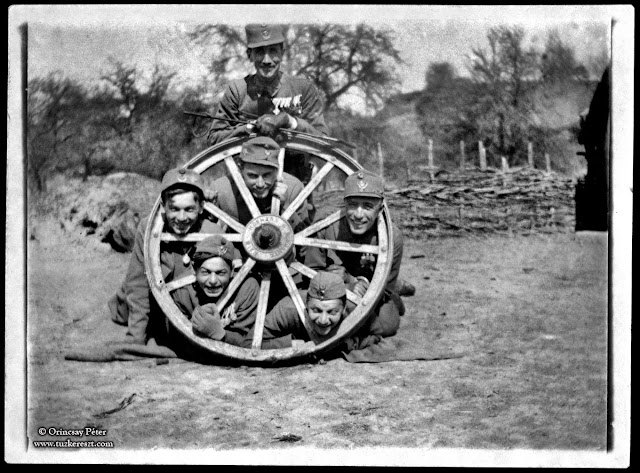 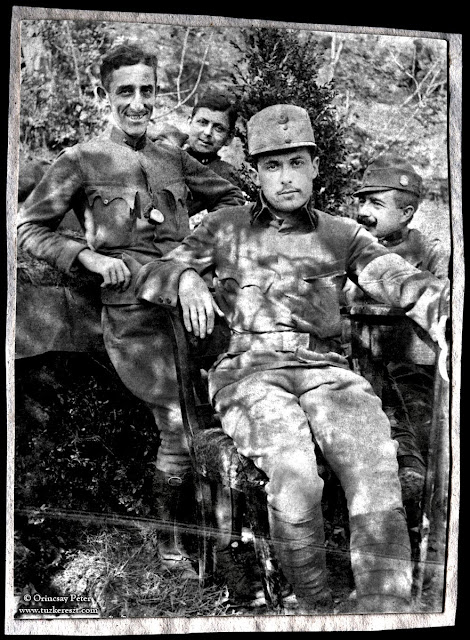 A relaxed moment in the field. 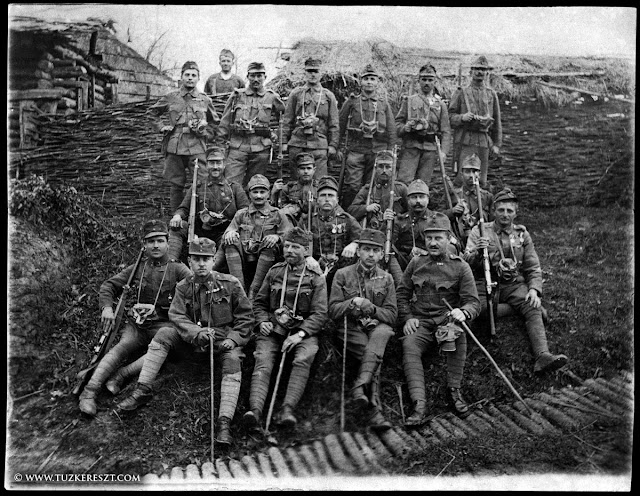 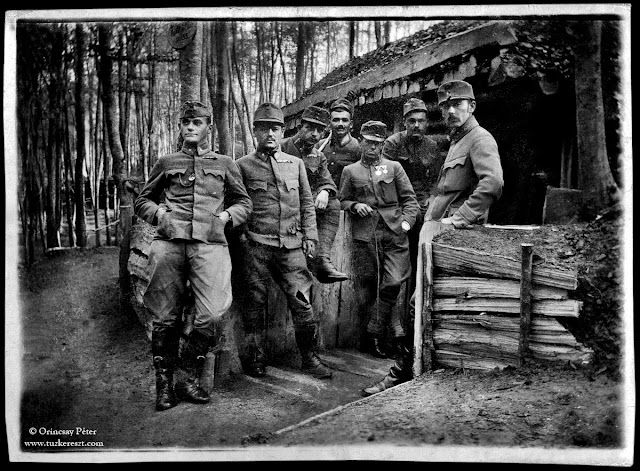 In front of the shelter. 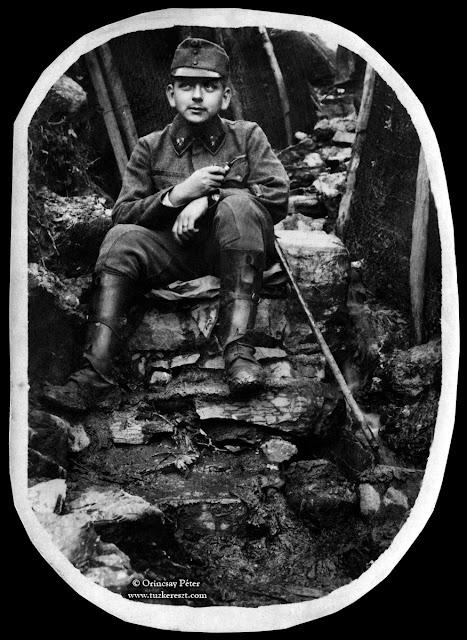 Alone for a smoke on the pipe in a wet trench. 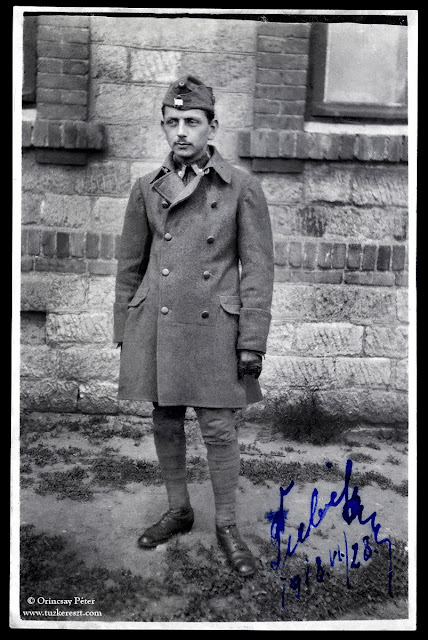 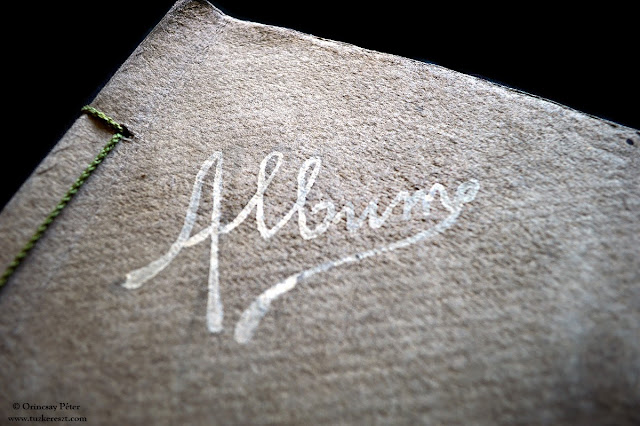