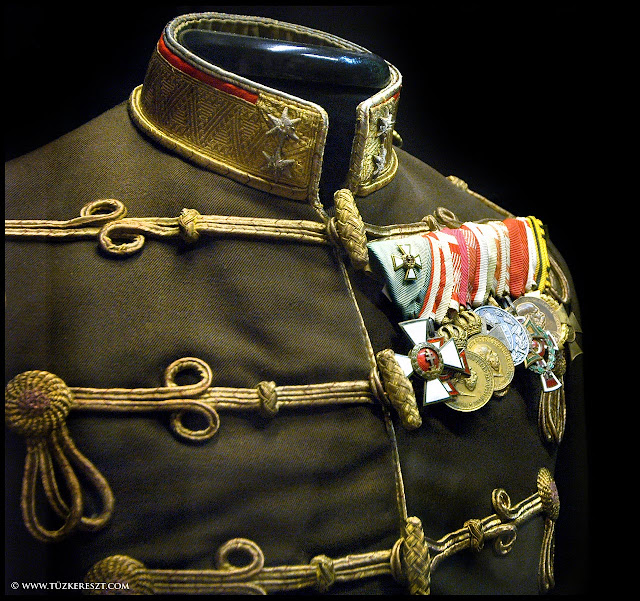 Detail of a 1931 M "Atilla" Type parade dress tunic. The tunic is made for a lieutenant colonel by the artillery.

The medal bar starts with a Hungarian order of merit, knights-cross with the miniature of the officers cross on the medal trifold. Next are the Austro-Hungarian Cross of military merit on a war ribbon, two bronze medal of merit (Signum Laudis) the Carl troop cross for front service during WW1, the Hungarian WW1 medal of remembrance for war participants, the 25 years long serving cross, the Austro-Hungarian Red Cross Honour Decoration 1914-1918 second class, the emperor Franz Josef 50 and 60 year jubilee medals and the Austro-Hungarian mobilizations cross from 1912-13.

The photograph is taken at the Museum of military history in Budapest, Hungary.
Upplagd av Péter Orincsay