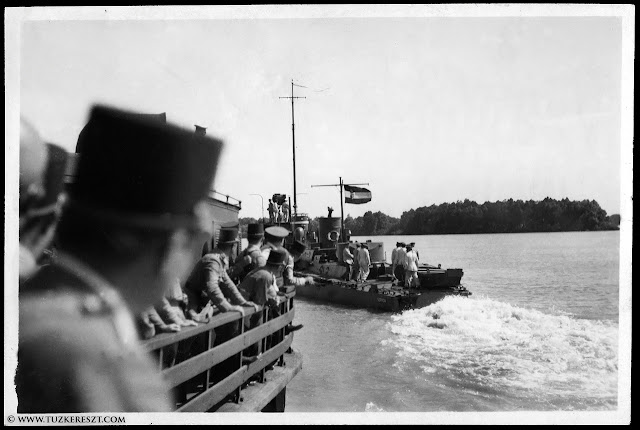 The pride of the Royal Hungarian river forces was the SOPRON. It was built at the Ganz-Danubius mechanical and shipbuilding factory in Budapest in 1918. At first, it was given the name of STÖR but was soon renamed KOMÀROM. In 1919 the ship took part in the  defence again the Czechoslovakian intervention. By 1920 the ship was renamed SOPRON and joined the Royal Hungarian Honvéd river forces.

The ship underwent large modernizations in 1928, the steam-engine was changed to two 800 HP,  MAN diesel engines. By this, the SOPRON became the fastest and strongest ship in the river force.

In 1941-42 the SOPRON took part in the campaign for the return of Southern Hungary and served on the Danube and Sava rivers. Later in 1944-45 it took part in the defence of Hungary against the advancing Red Army. By the end of the war in 1945 the ship was awarded as a war prize to the United States and kept in Germany.

The SOPRON was renamed HERTA in 1950 and given to Fritz Willik Shipping company and used as a civilian tug boat. In 1962 it was yet again renamed, this time  to IRENE. It spent it's last years on the Rhine and sank in 1966 of unknown reasons... 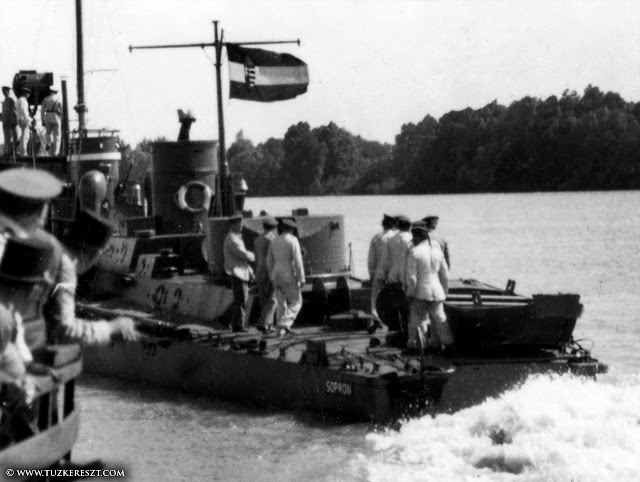