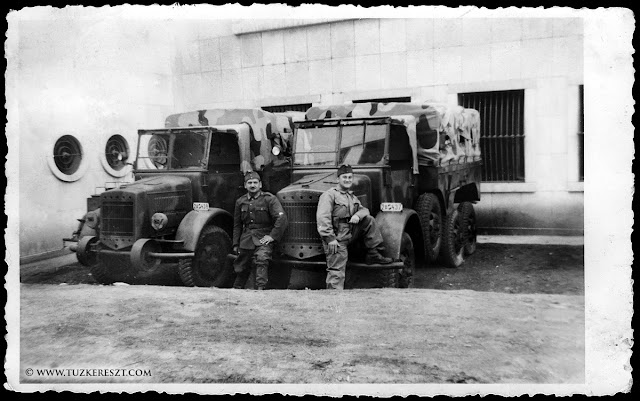 One of the highest priorities of the Hungarian Army after the First World War was the mechanisation of it forces. Despite the best intentions financial considerations proved the biggest hurdle in achieving this aim.
From 1928 to 1944 the Hungarian army used no less than 160 different models and makes of cars and trucks, but despite this Magyar Vagon és Gépgyár (Rába) emerged as the biggest supplier of trucks to the Honvéd.

Rába supplied a number of different trucks to the Honvéd, mostly based on commercial designs.
In 1936 Dezsö Winkler started design work on a specialised cross-country truck that could fulfil the roles of a weapons prime mover and a mechanised infantry transport. This new truck was named the Botond and featured two rear driving axles on independent coil spring and balancing beam suspension allowing it to cross the most difficult terrain.