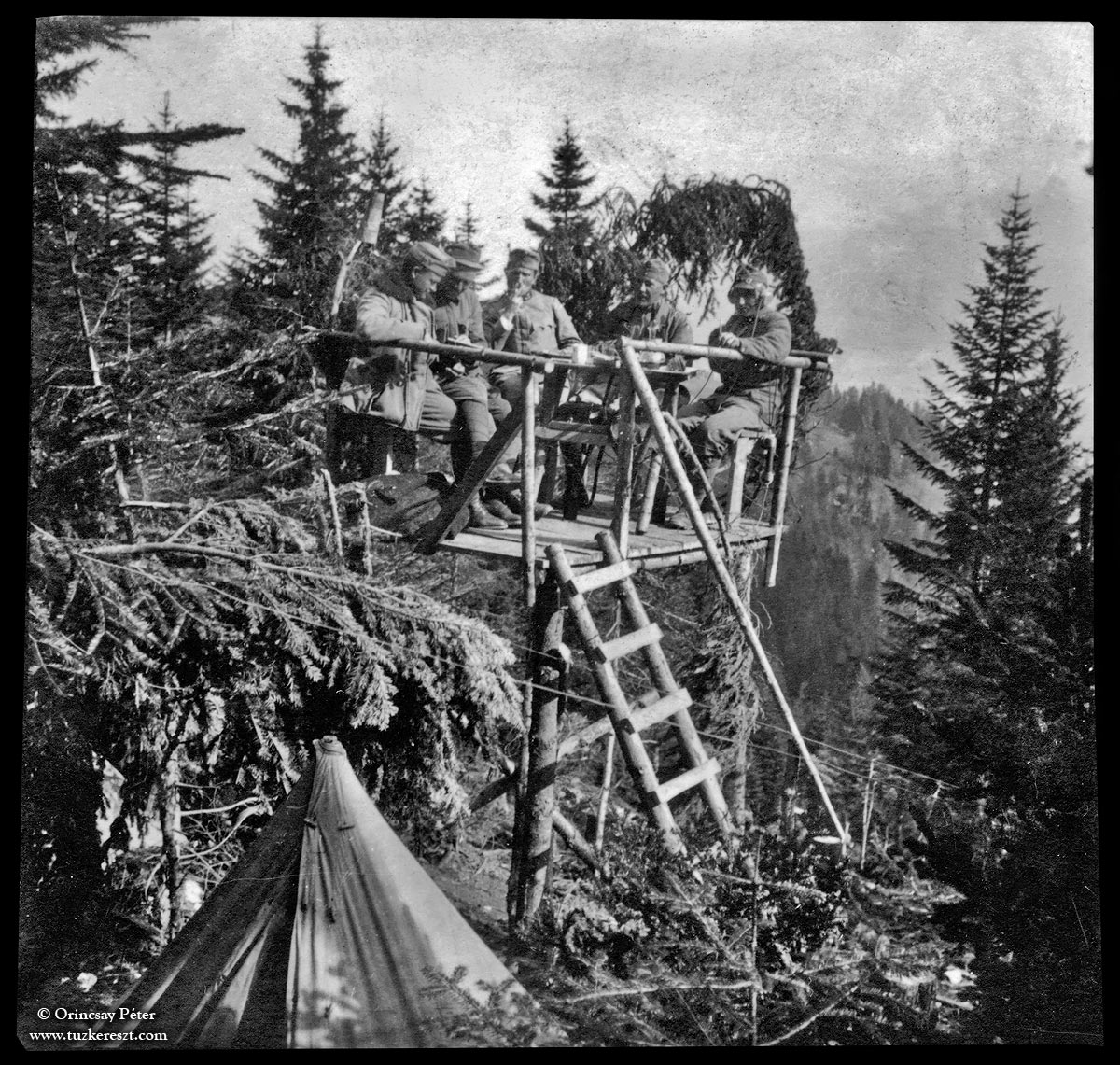 The photograph pictures an observations post platform on top of a mountain rage were officers sits in peace and quiet studying a mad and having a cigarette. A soldier is wearing headphones witch indicates that the observations-post is having wire communications attached. 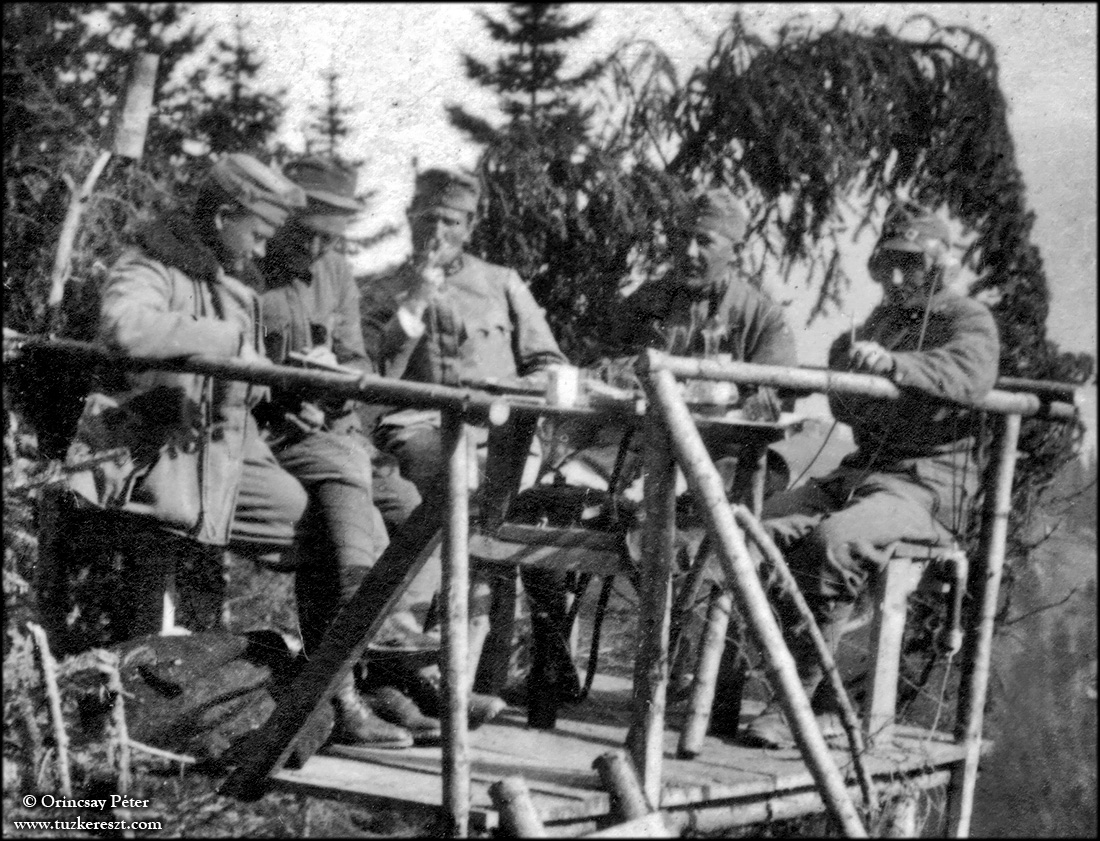 A detailed close-up of the photograph above.
Upplagd av Péter Orincsay