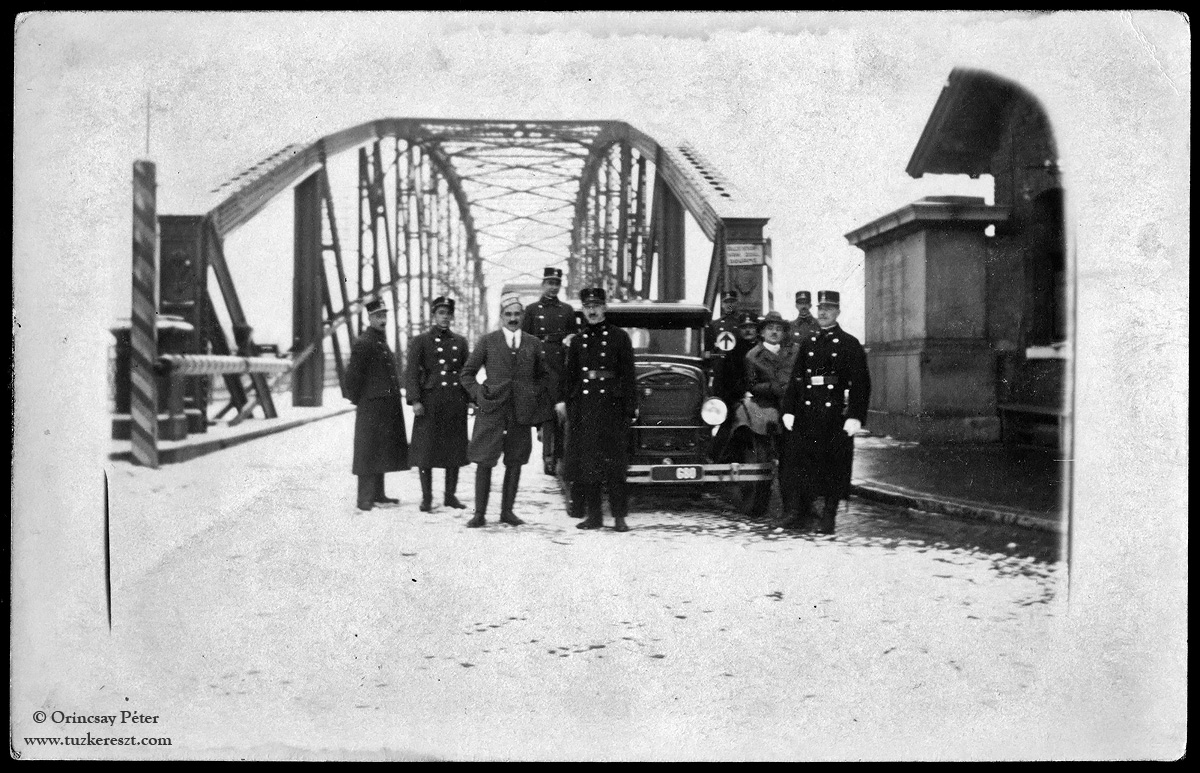 Time for yet another "Then & Now" photograph!
This time it's a photograph from the 1930th from the Hungarian town of Komárom.
Komárom is a city in the most northern part of central Hungary, and a city split between Hungary on the south bank of the river Danube in Komárom-Esztergom county and Slovakia on the other.
The photograph depicts the border-crossing on the Hungarian side with Slovakia situated across the Komárom bridge behind the civilians and the the Hungarian border police.