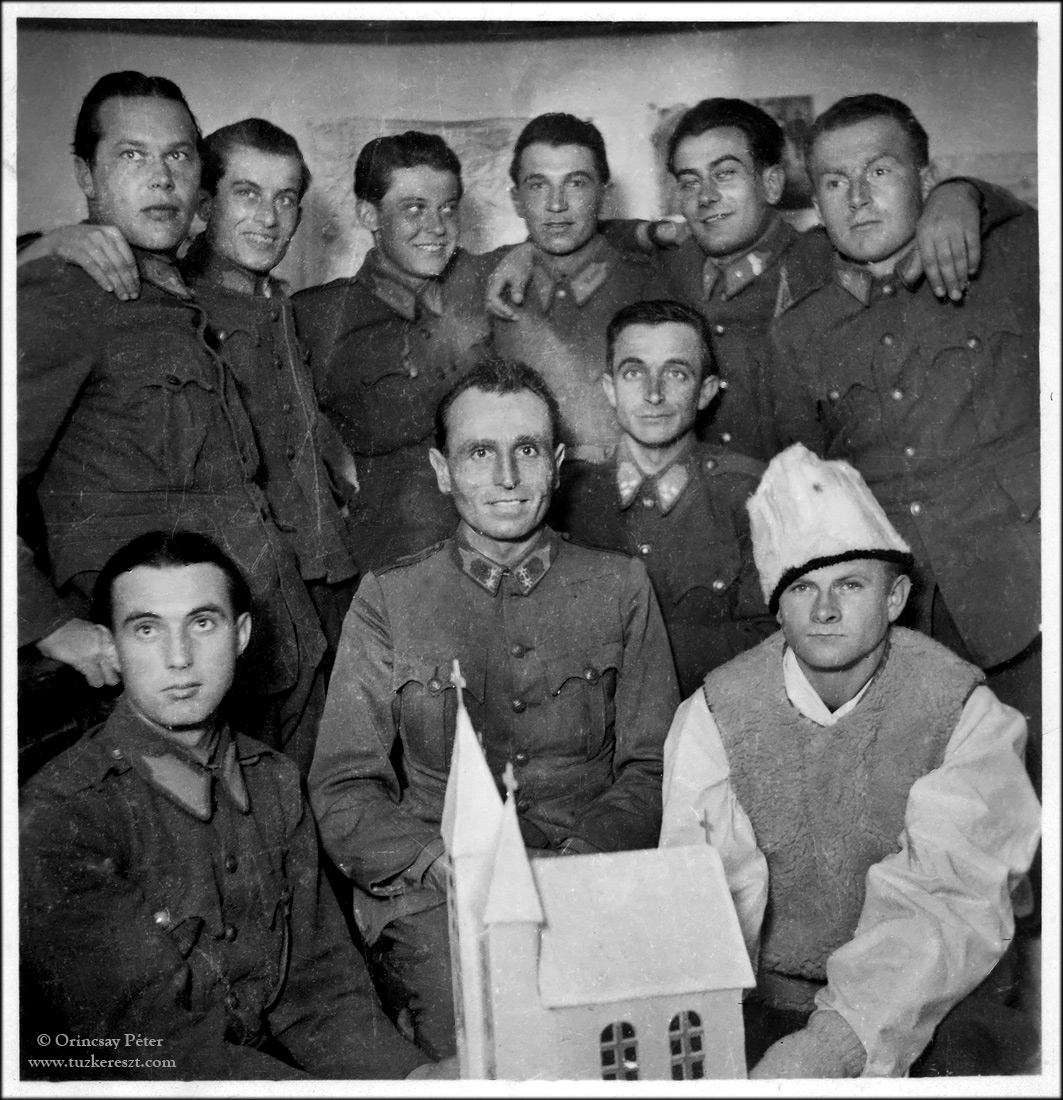 A haunting image from the personal photo-album of the commander of the 22-n Hussar regiment stationed in the small Russian village of Karpenkovo near the river Don at the Eastern front. Sitting among his soldiers at Christmas, the faces of the soldiers shows thoughts of being at home with family and friends instead of far away in the middle of the war. The Hungarian II army is less them three weeks away from total destruction and hard defeat as the Soviet army launches the offensive at 12 of January that will seal the fate of these and many more Hungarian soldiers. 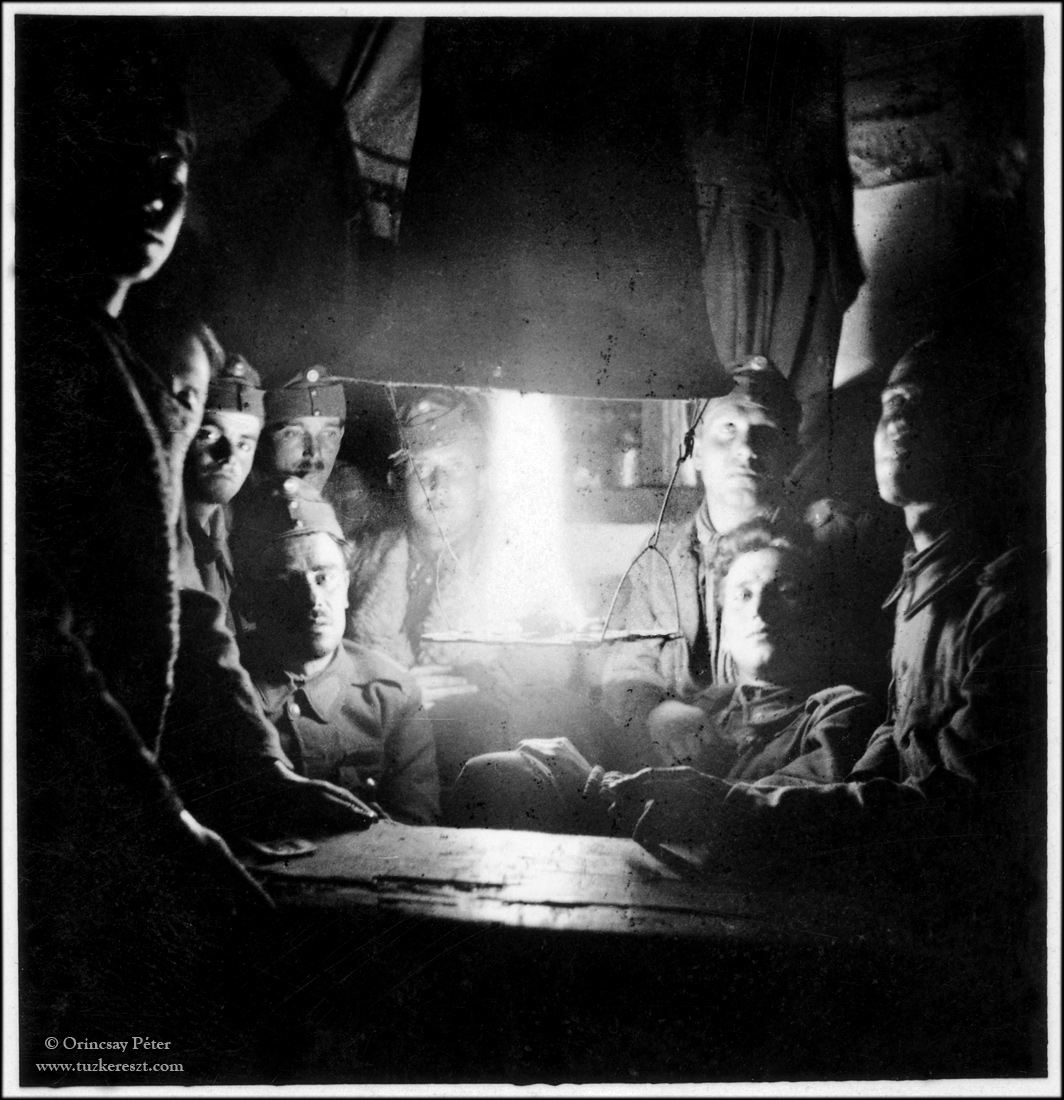 Brothers in arms, gather for a moment of silence and Christmas spirit. 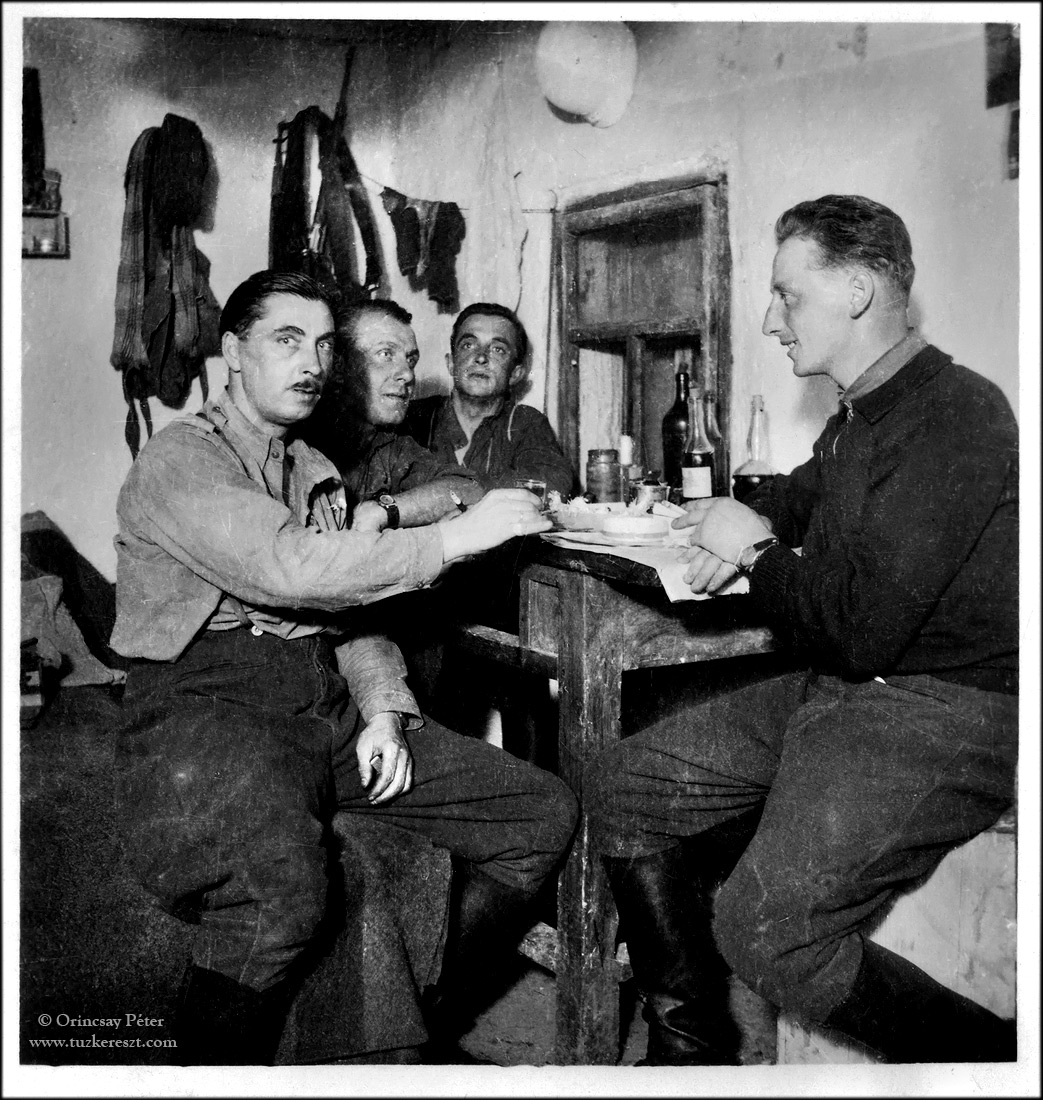 Home away from home.
Christmas dinner in Karpenkovo near the River Don in Russia, December 1942.
Upplagd av Péter Orincsay