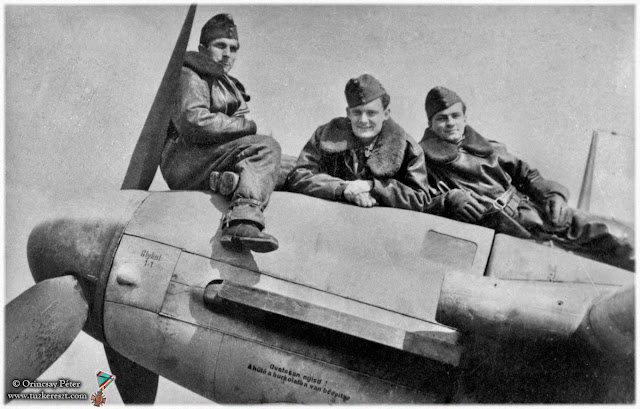 The Messerschmitt Me 210 was a German designed heavy fighter and ground-attack aircraft of World War II. The Hungarian authorities purchased a production license for the type, designated Me 210Ca (a = ausländisch or 'foreign'). Several airframes were also purchased from Germany, to be completed in Hungarian factories for practice while the assembly lines were set up. Production started in the Dunai Repülőgépgyár Rt. (Danubian Aircraft Plant) as the Me 210Ca with the DB 605B engine, under an agreement where the Luftwaffe got two of every three produced. In total the Royal Hungarian Air Force operated 179 Hungarian-built Messerschmitt Me 210 Ca-1.