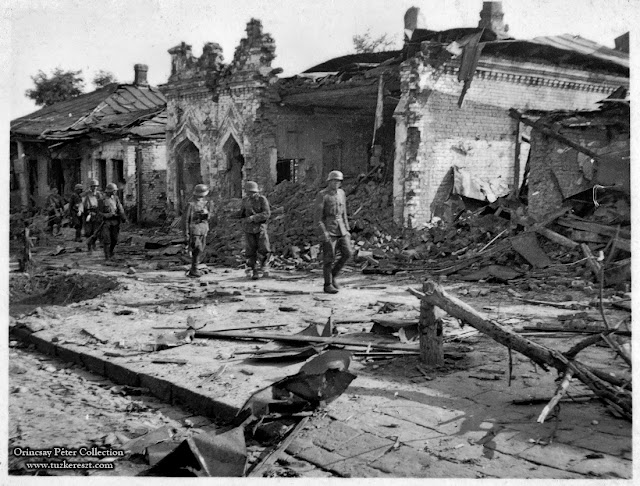 Stary Oskol, Summer 1942
The Hungarian army captured the Russian town of Stary Oskol in the summer of 1942 after fierce battle. On the way to the east and the river Don, the town were of great importance both for the Hungarian and the German army. The captured town housed two important military hospitals were many lives were saved during the war.

The photographs above are from a photo-series photographed by an unknown Hungarian soldier. I'm currently working on the material and will publish more of the series shortly.
Upplagd av Péter Orincsay