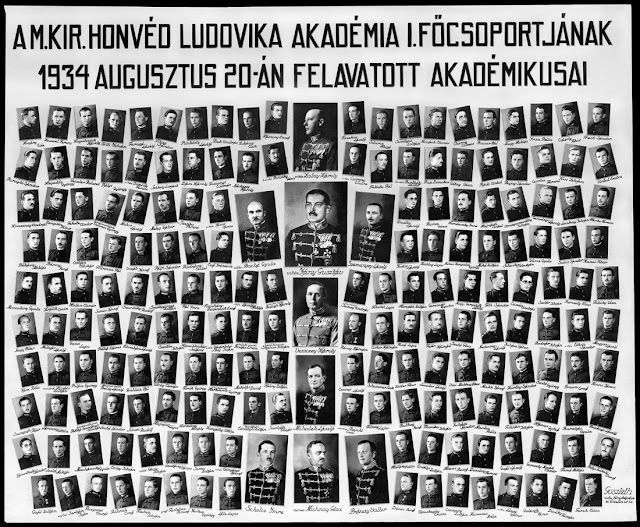 " Class of 1934 "
Graduates at the Royal Hungarian Ludovika Military Academy. Many of these graduates played important roles during WW2. By then, the year of 1934 had risen to captains rank. Some of the officers went on to serve in the resurrected Hungarian army after the war, even as generals. The political climate that developed into a Stalinist dictatorship had no place for "old Ludovika officers" and gradually removed them from the ranks. Many of the former officers could only take low status jobs and were constantly harassed by the regime. A few even got executed after becoming targets in show-trials and political prosecutions.
Upplagd av Péter Orincsay