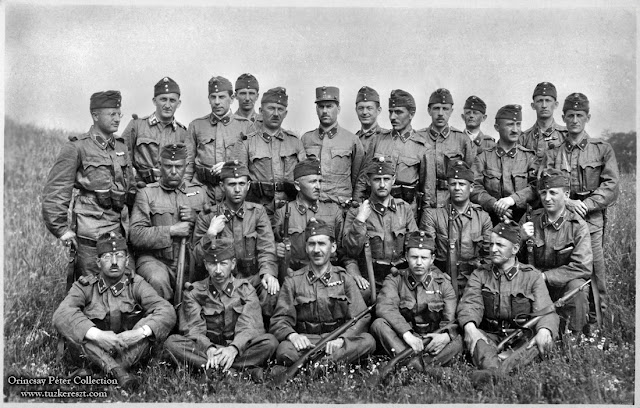 " Reserve "
Older soldiers posing for a group photograph. Many older reserve troops and soldiers were called in for shorter repetition service during the inter war period. Hungary had to keep a very restricted number of regular soldiers in the ranks according to the peace-treaty after WW1. Many of the older soldiers were veterans from the war 1914-18.
Upplagd av Péter Orincsay