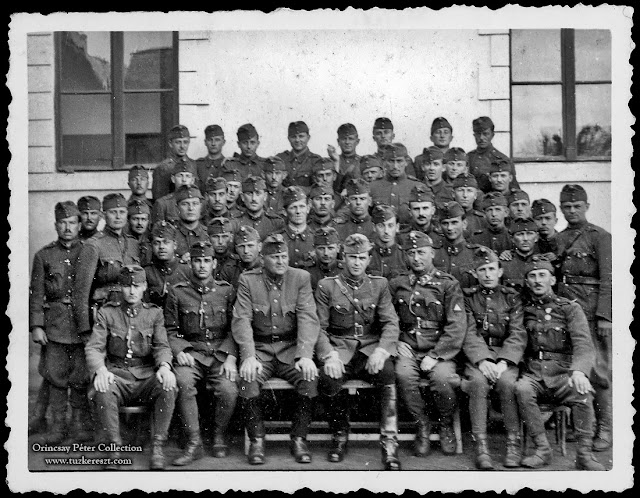 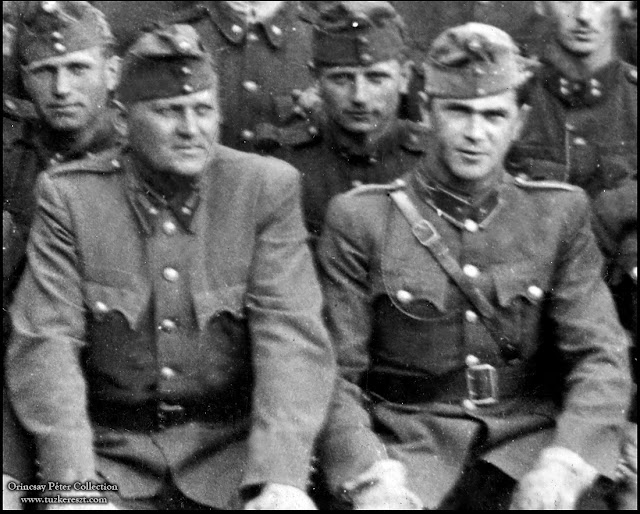 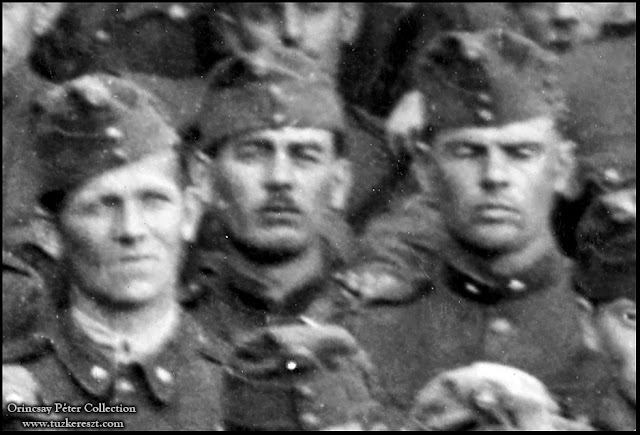 The soldiers in the platoon also uses different types of tunic collar. The older type, with the high collar were in use between 1926-40, and after 1940 the lower type became standard.
Upplagd av Péter Orincsay