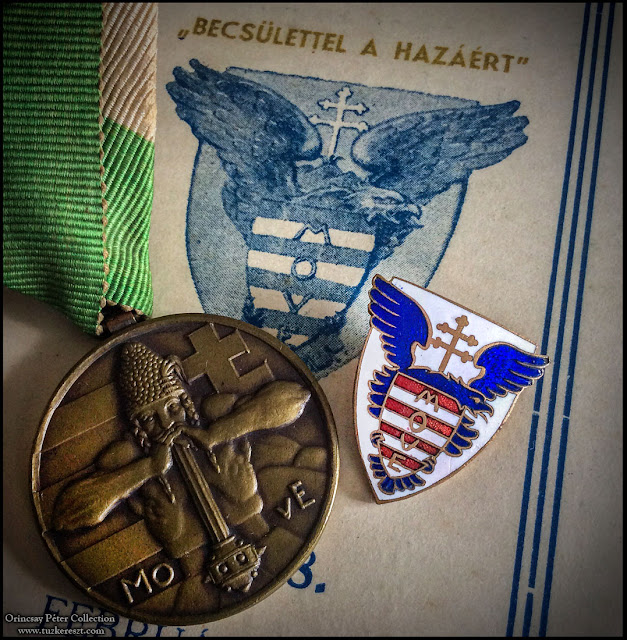 Magyar Országos Véderő Egylet (The Hungarian National Defence Association) or MOVE was an early right-wing movement active in Hungary. MOVE grew out of the 'right radicals' phenomenon i.e. those who strongly opposed the 1919 Hungarian Soviet Republic, but who felt that the mainstream conservatives were not strong enough to cope with the shift to communism.
When Miklós Horthy ousted the communists, MOVE largely turned it's support over to him, although it continued to develop a strong right-wing profile and offering support for Benito Mussolini in Italy and establishing contacts and support for Germany.
After Hungary's defeat in WW2, MOVE was banned in 1945 under decree 529/1945, ME regulation, §3. as an illegal organisation along with many pre-war right-wing movements.