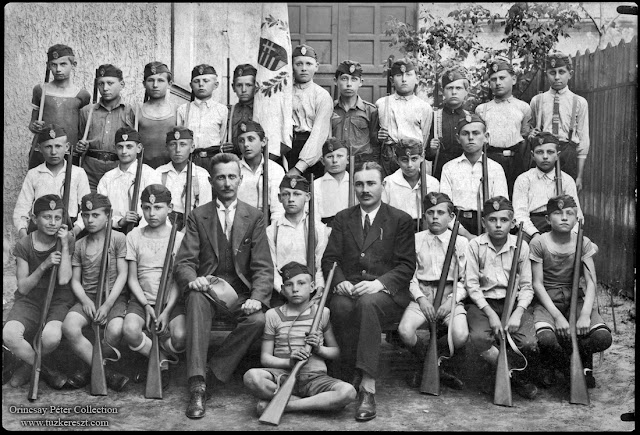 " Levente Youth "
In the Hungarian inter-war period had many youth organisations. The Levente Youth had many members and many were also members from the Hungarian scouts as well. The members in the Levente had more military and defence characteristic, while the Hungarian Scout's were strictly non military. In this group photo, some Levente members have Scout insignia on. The wooden rifles were a part of the Levente equipment and are today a well sought after collector item. 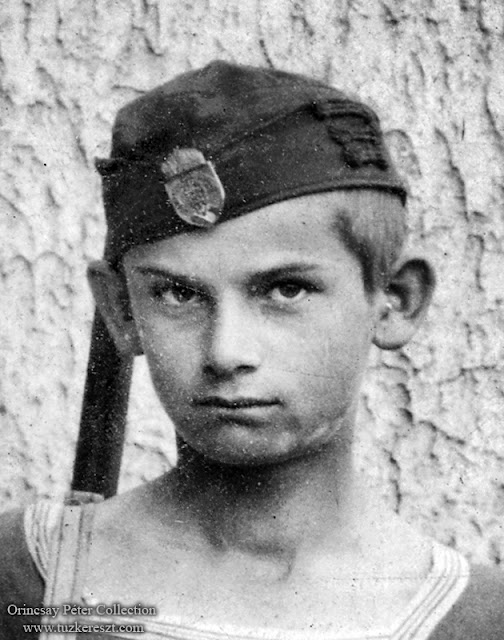 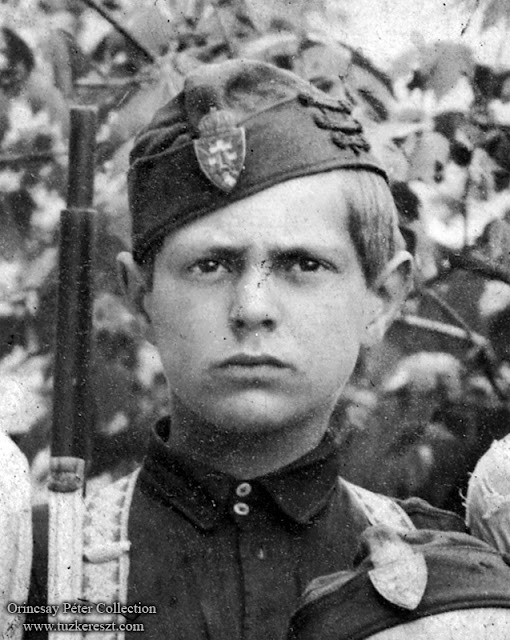 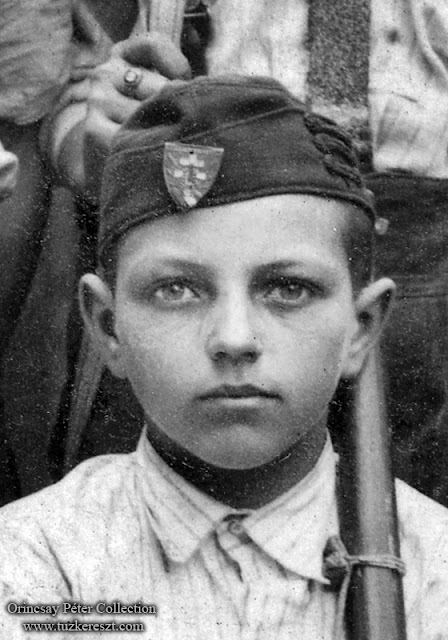 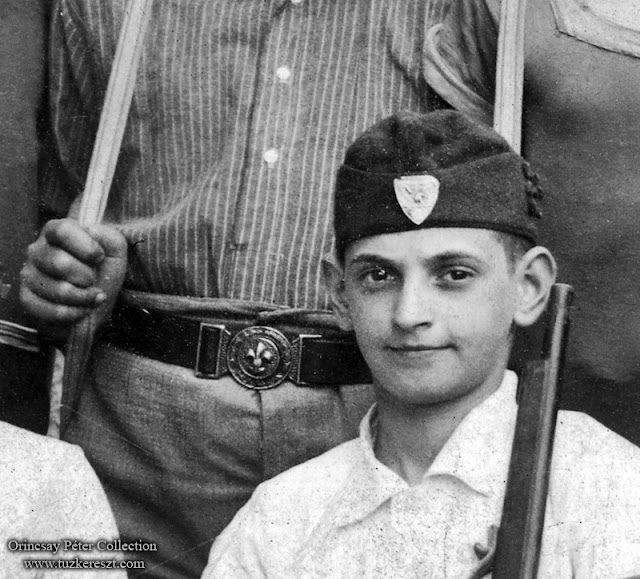 The belt buckle of the Hungarian Scouts 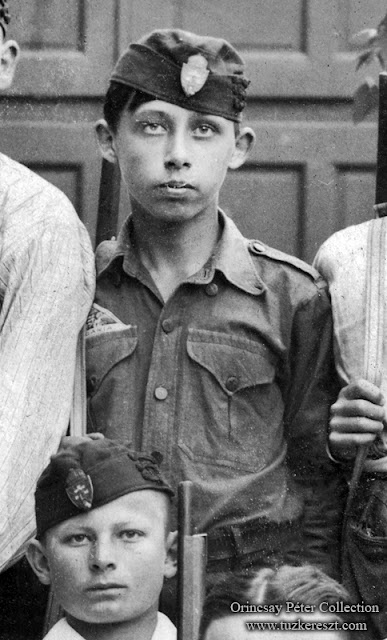