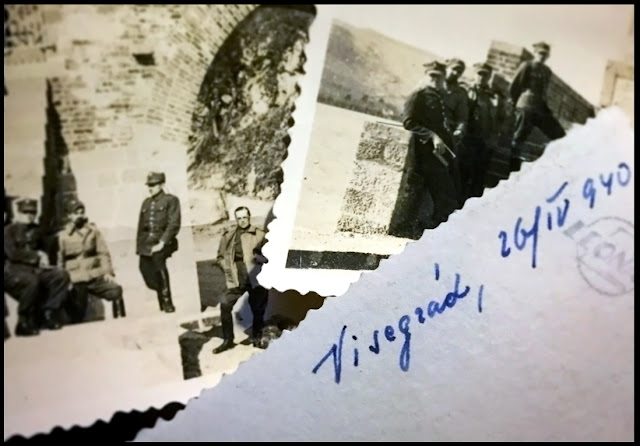 "The Hungarian and the Pole are two good friends, Share their fight and their wine together", is an old saying used to describe the ancient thigh between the two European countries. Good relations between Poland and Hungary date back to the Middle Ages with the Piast and Árpád dynasties often intermarried with each other; renowned Hungarian King Saint Ladislaus was half Polish. In the Hungarian Revolution of 1848, the Polish general, Józef Bem, became a national hero of both Hungary and Poland, is just one of many example with common historical conflicts.
During modern times, the outbreak of WW2 became such and example where the historical friendship between Hungary and Poland once again emerged. As Germany and the Soviet-union conquered Poland and split the country between them, Hungary opened its borders on 17. September 1939 for the remains of the polish army and civilians to seek refuge. 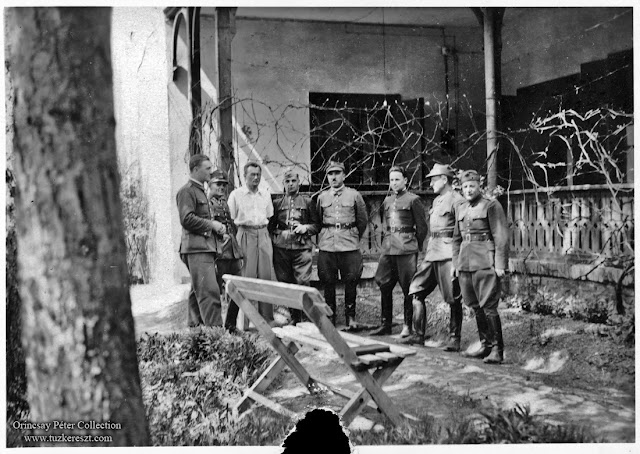 The well over 100.000 Polish soldiers and civilians who took their refuge in Hungary, where welcomed by the Hungarian society. The soldiers could wear their uniforms and even received the equivalent of their polish pay from the Hungarian army. 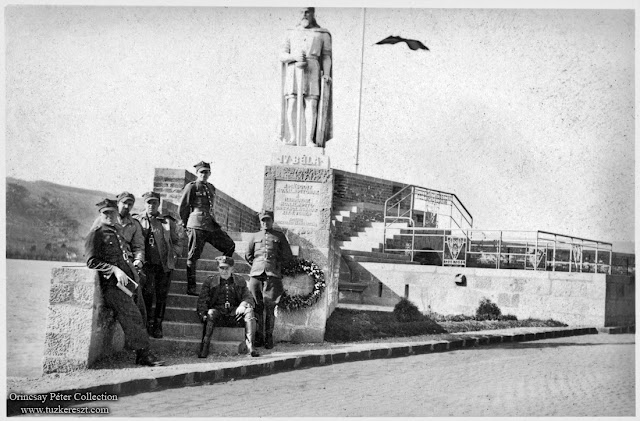 Hungary refused every German demand to extradite the polish military personnel and allowed the Polish government and over 70 thousand military personnel to escape into neighbouring Romania, and from there to France and French-mandated Syria to carry on operations as the third-strongest Allied belligerent after Britain and France. 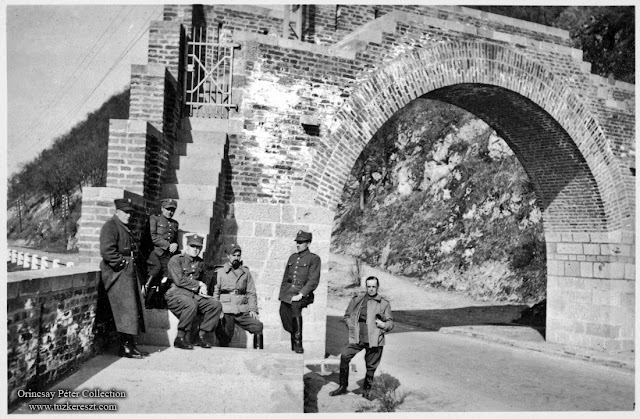 These three small 6x9 photographs, taken in the spring of 1940 came to me among many other mixed Hungarian military photographs resently. Clearly belonging together, they are a nice documentation of a lesser known part of history, and a part of the national friendship between Hungary and Poland.

The place where the photographs are taken is just outside of the community of Visegrád, north of Budapest along the Danube river. The statue of the Hungarian King Béla IV and the memorial of the lost Hungarian territories in 1920, where built in 1938. It stands there even today and looks more or less the same.