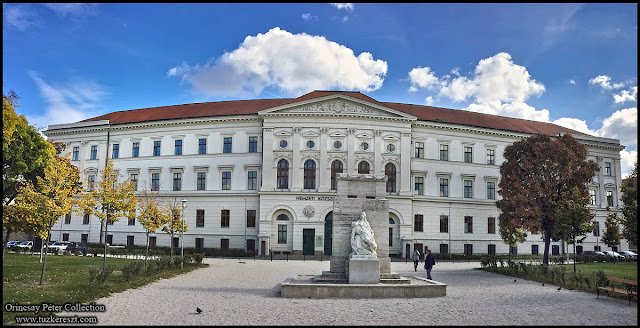 " M. Kir Ludovika Honvéd Akadémia "
On a resent trip to Budapest Hungary, I took some time and visited the former Royal Hungarian Ludovika Military Academy. The building where restored to it's former glory some years ago and functions once again as a Academy building. 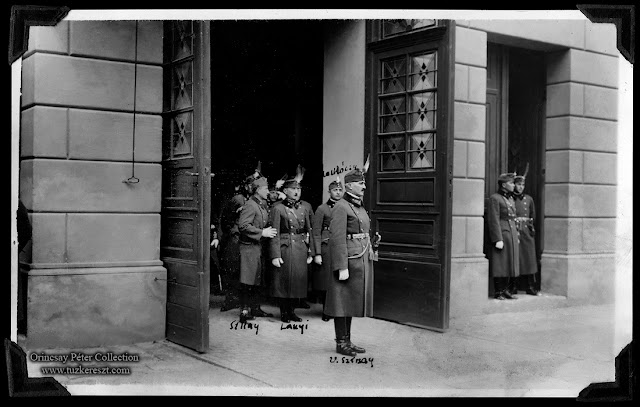 In search of original places that I have photographs off in my photo-archive, I started with the entrance of the main building. This photograph from the beginning of the 1930'th, where general vitéz. Béla Szinay, the commander of the academy stands together with the company commanders of the academy, was the place I wanted to find. 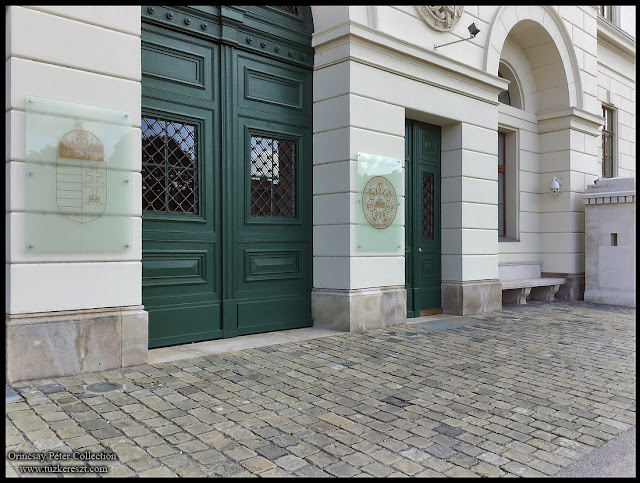 Here it is!
The same entrance as in the photograph above, as it looks like today.
The security camera mounted on the wall (to the right in the picture) quickly recorded me, as I was taking this photo...

A security-guard quickly approached me from inside of the building, asking why I was photographing at the entrance.
Well prepared as I where, I showed him many of my old photos on my iPad and explained my historical interest in this place and entrance.
The security-guard was very friendly and understanding as I explained my knowledge of the old academy. He was also very happy to see the unique old photographs of his workplace. Unfortunately I where not let inside because visitors need to seek permission and have an invitation, well in advance... 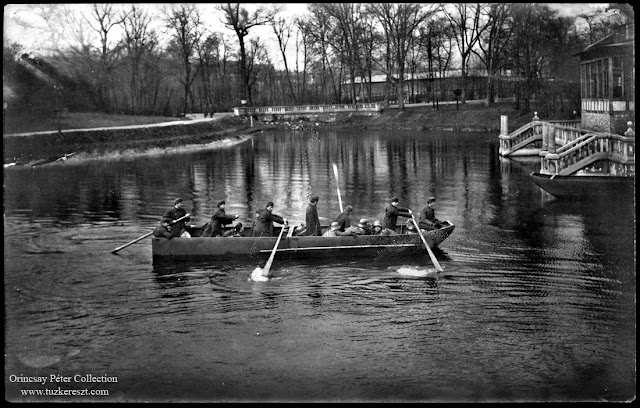 Behind the main building there is a park called Orczy kert (the Orczy park). In the old days it belonged to the military academy and where used for various military training and exercise. In this case, I wanted to take a look at the small pond in the middle of the park to see the place where this photograph was taken.
Unfortunately yet again, a large part of the park where sealed off due to ongoing landscaping works. 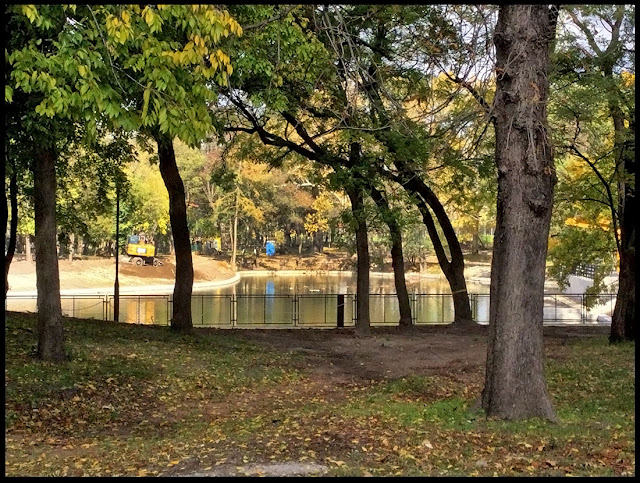 Sticking my iPad through the fence, this was as close I could get.. The boat house to the right, is built on the same place where the old one stood, partly visible through the threes on the right hand side.