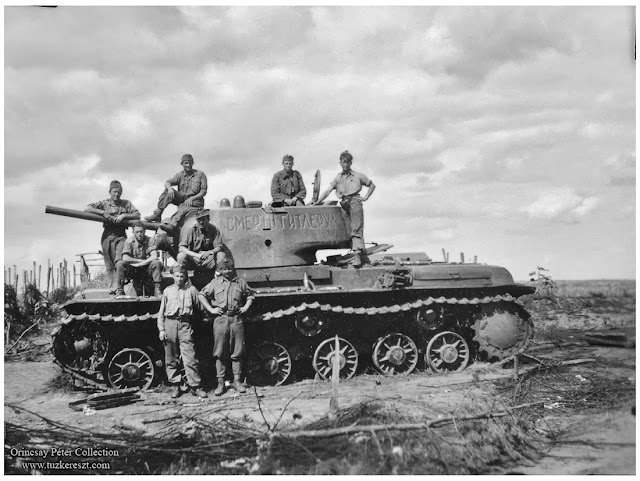 " Смерть Гитлеру "
Hungarian soldiers pose for a photograph on-top a Kliment Voroshilov (KV) KV-1 tank, a series of Soviet heavy tanks named after the Soviet defence commissar and politician Kliment Voroshilov. The writing on the tank says " Смерть Гитлеру " (Death to Hitler) in Russian. The KV tanks were the most feared tanks at this time since their heavy armour had no real counterpart in the early stages of the invasion of the Soviet-union. The tanks were unfortunately too heavy for the simple roads on the front, and even a small river or stream could limit it's manoeuvrability since most bridges couldn't bear it's weight.

The photographs are from a photo-series from the 1942 summer offensive near the Russian town of Korotoyak, and is from the photo-album an unknown Hungarian 1/st Lieutenant. 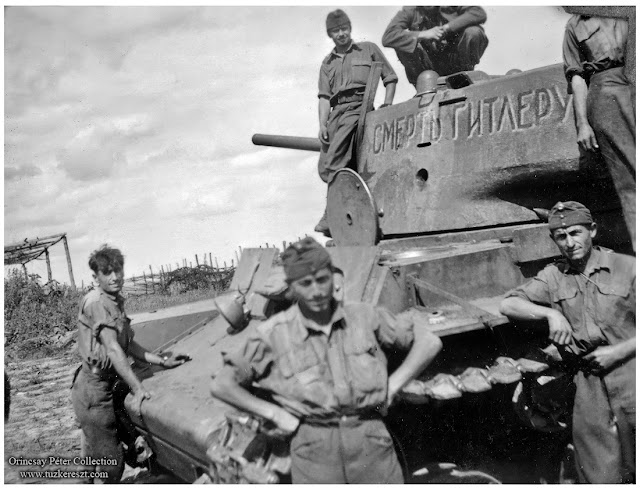