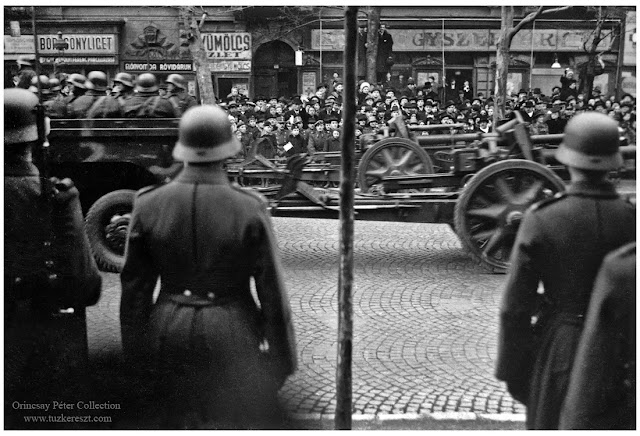 Artillery and Air-Defence are among the troops on parade on one of the Budapest boulevards. Two snap-shots, in probably a series, made by a bystander watching the event. The two small photographs came among many more various photographs in a bundle to this collector, and I'm very careful not to separate the photos since they clearly belong to the same series and moment. 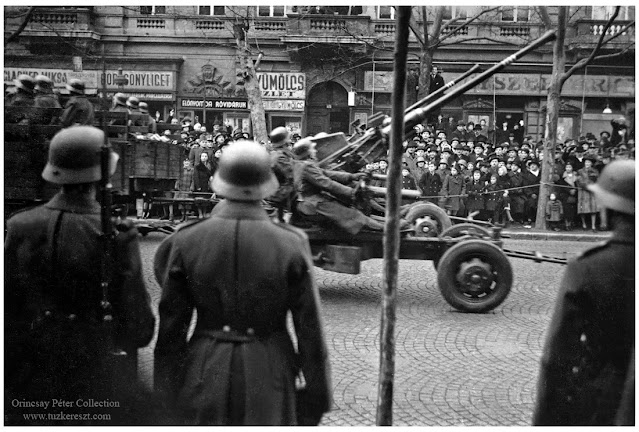