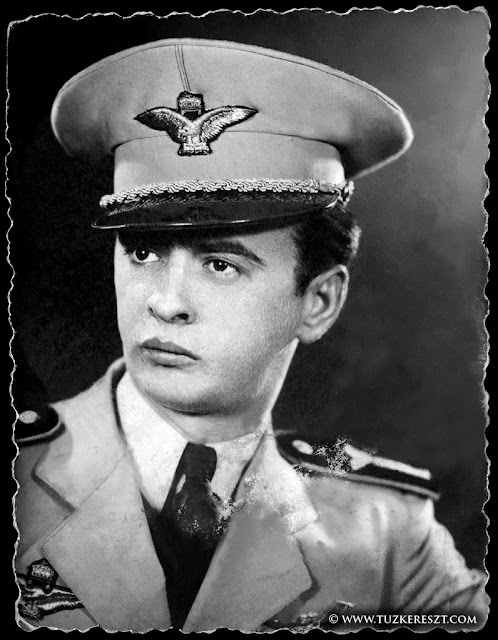 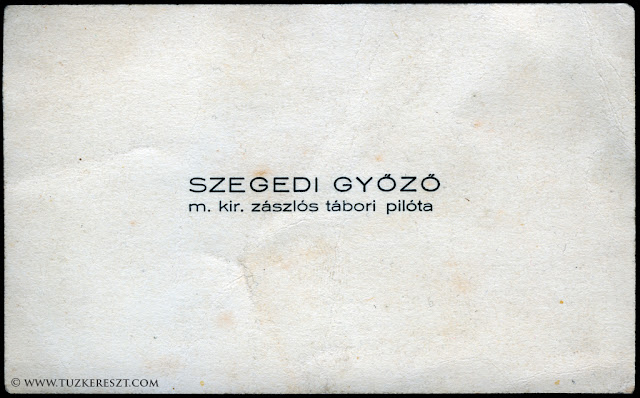 Not long ago, I acquired some old WW2 photographs from a collector in Hungary. Amongst the many photographs, there were three photographs together with a business card, that belonged to a warrant officer from the Royal Hungarian Air Force. His name was Győző Szegedi, and it was also written on the back of the small photographs as well. 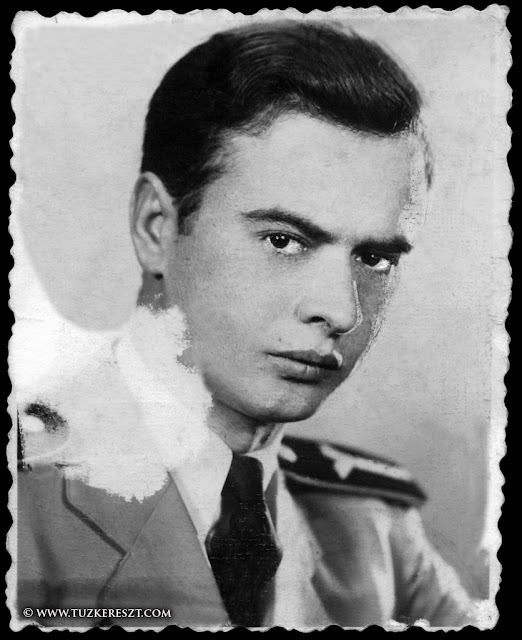 Since I always try to research every photograph, I looked in some on-line Hungarian military registers available to the public.

After a search at http://www.hadisir.hu/ , the Hungarian search engine for known war-graves and causalities, I found the name of the warrant officer. He had died in an air plane accident on the 24th of June in 1942.   The air plane that Győző Szegedi flew had gotten an engine failure and went down near Újpest outside of Budapest and crashed in the Danube river were Győző Szegedi drowned. Another brilliant military career that unfortunately ended way too soon... 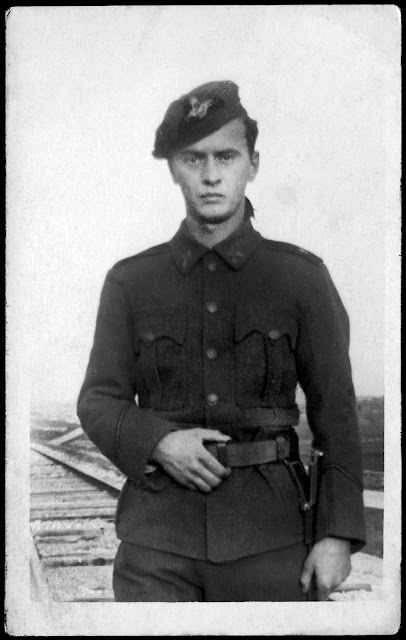 The military records from http://www.hadisir.hu/ 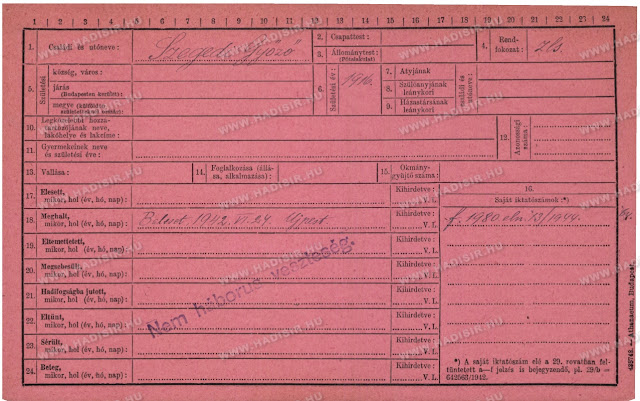 The  text stamped over the page says "Not a war causality" 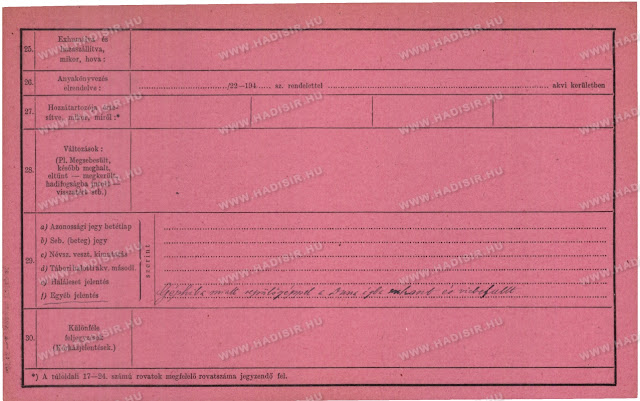