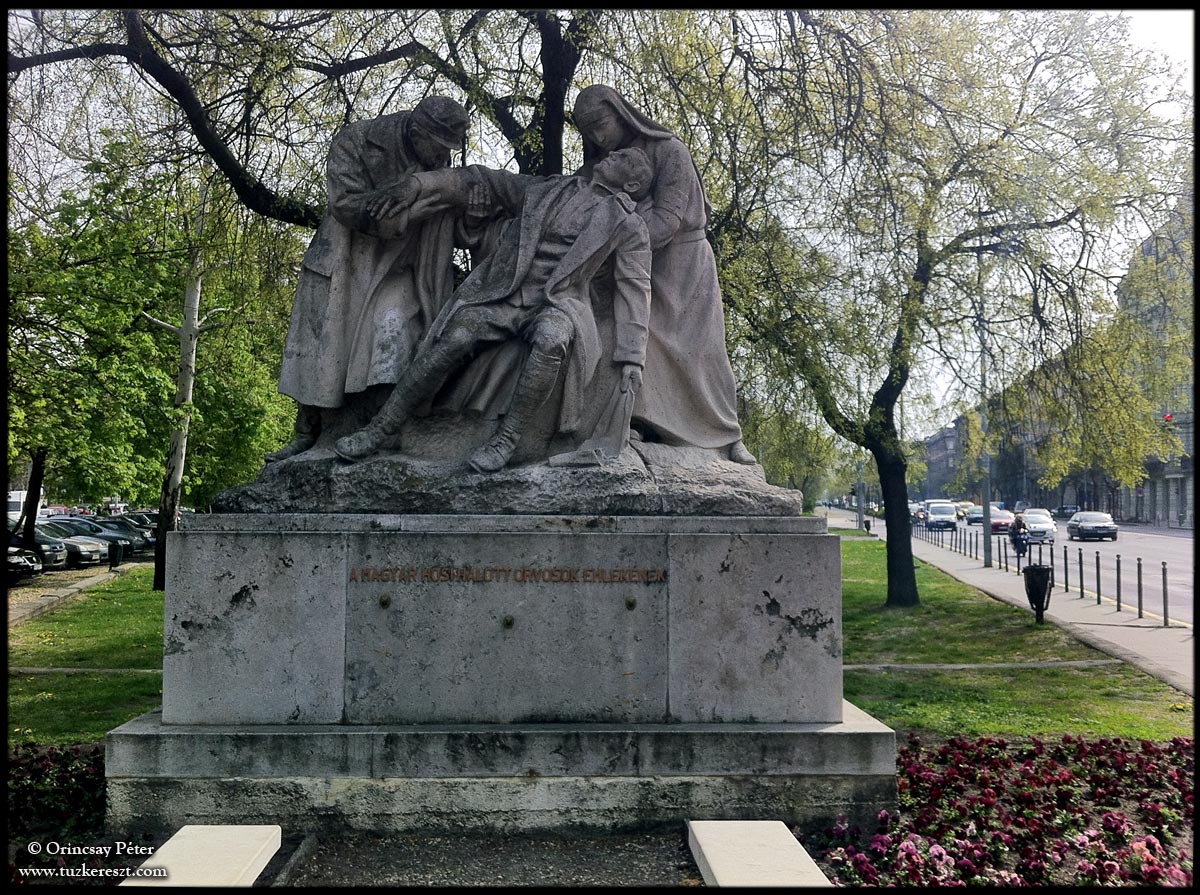 Along Üllői Avenue (Üllői út) in Budapest next to the park in front of the old Ludovika Military Academy, this statue is erected as a remembrance of the fallen doctors of the first world war. 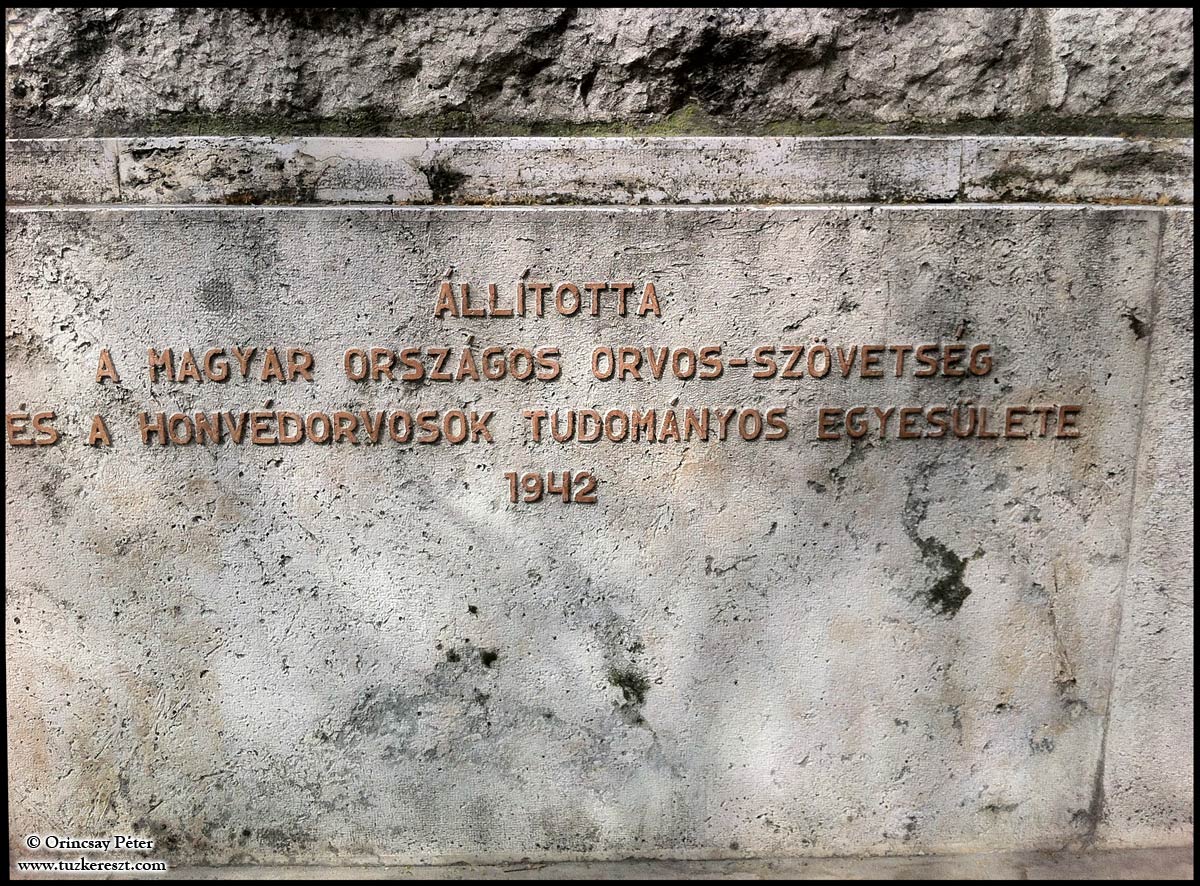 On the reverse the texts says; Erected by the Hungarian National Doctors Society and the Scientific Society of Military Doctors, 1942.
Upplagd av Péter Orincsay