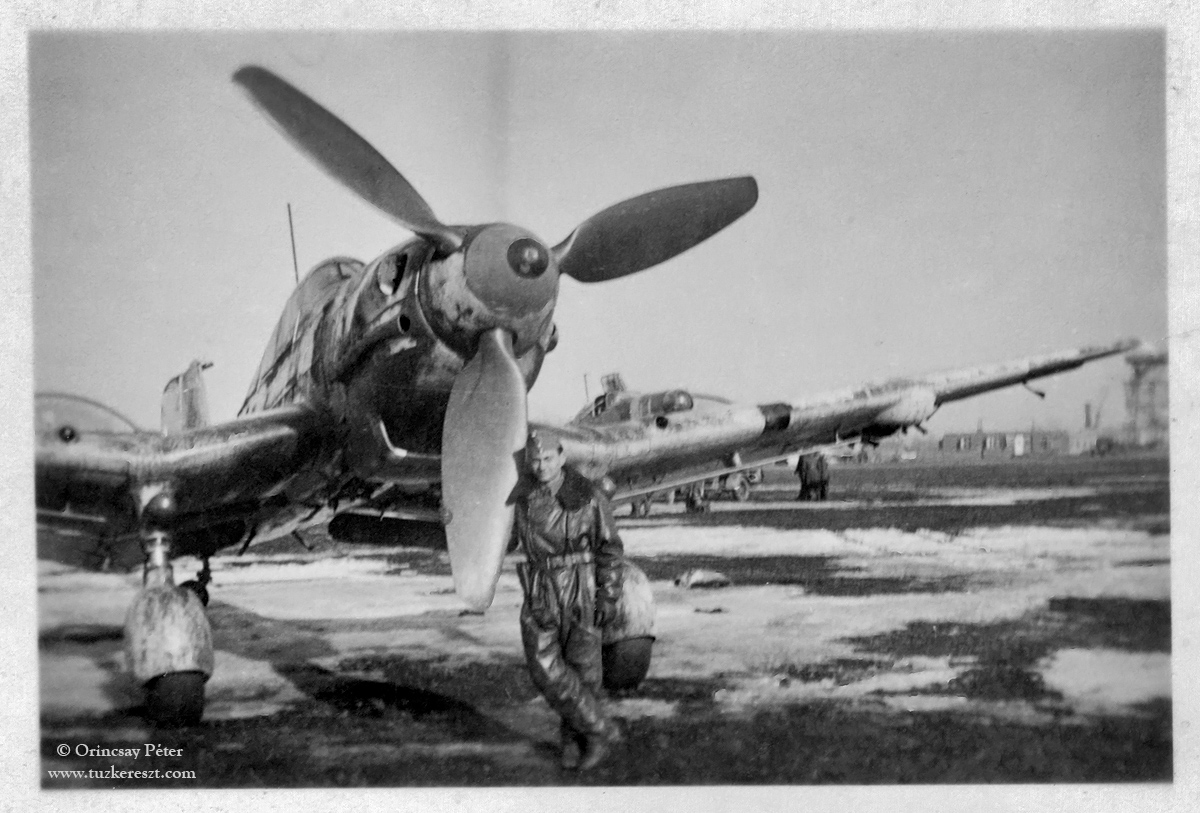 The next air-plane in this small "Royal Hungarian Air Force - Special" is the Junkers Ju 87. Seen here at the Kiev military air-field in early 1943. The air plane in the background is the Focke-Wulf Fw 58.
(More on that air-plane in later updates!)