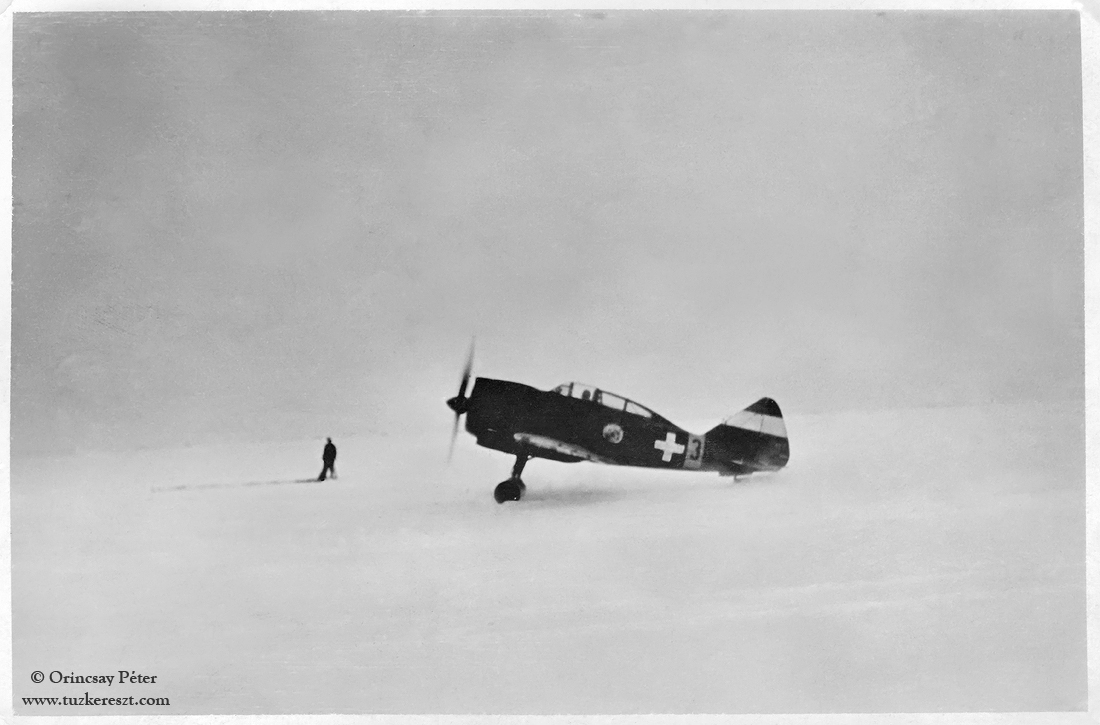 The Reggiane Re.2000 was an Italian built interceptor/fighter plane. 70 planes were bought by the Royal Hungarian Air Force (Magyar Királyi Honvéd Légierő) and also acquired the licence-production rights for this model to produce a total of 200 aircraft, known as MÁVAG Héja ("Hawk") II built between 1940 and 1942.

In the summer of 1942, the Royal Hungarian Air Force contributed with its 1st Repülőcsoport (aviation detachment) to the German offensive on the Eastern Front. The 1/1 Fighter Group (1./I Vadász Osztály) were equipped with 13 Re.2000s or Héjas that were finally stationed at Ilvoskoje airfield by the end of the summer offensive in 1942. This was also the air-field were 1/Lt István Horthy (the son of the Hungarian regent Miklós Horthy), serving as a fighter pilot with the Hungarian Second Army died flying a Re.2000 V-421 with the 1/3 Fighter Squadron on 20 August 1942, on his 25th operational sortie.
This photo of the Hungarian Reggiane Re.2000 taking off at the Ilvoskoje airfield are most likely from the  winter of 1942/43.

The drawing of the air-plane above on the photo.
The drawing on the plane's side were the sign of the famous "Dongo" fighter squadron.
Upplagd av Péter Orincsay