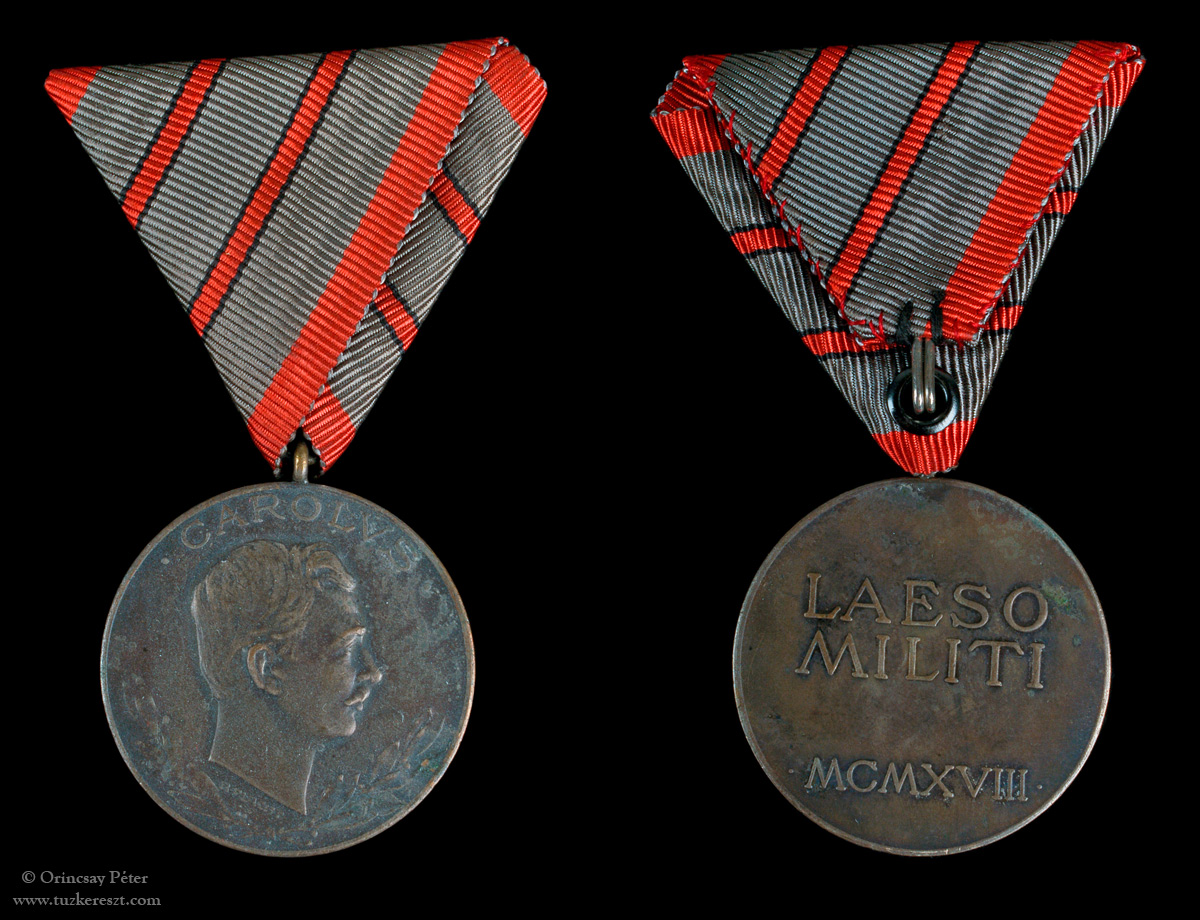 The Wound Medal (Verwundetenmedallie) was established on August 12, 1917 by Emperor Karl and was the last medal to be officially founded in the Austro-Hungarian Empire. The Wound Medal was awarded to service-members of the Austro-Hungarian armed forces and to persons attached to the armed forces who were wounded as a result of combat operations. Persons who were disabled or suffered serious damage to their health in connection with military actions were also eligible for the Wound Medal.

The zinc medal measures 38-mm in diameter and the front features a bust of Emperor Karl with his name in Latin "CAROLUS" above and a wreath of laurels below. The reverse features  the words LAESO MILITI ( to the wounded soldier ) and the date in Roman numerals "MCMXVIII" (1918).

The medal is suspended from a Austrian-style trifold ribbon, 39-mm in width. The ribbon is gray-green with 4-mm wide red edge stripes. The number of wounds is indicated by narrower 2-mm wide red stripes, edged in black, centred on the ribbon. No stripes indicated an award for someone invalided out of service. One stripe indicated a single wound, two stripes two wounds, etc..
Upplagd av Péter Orincsay