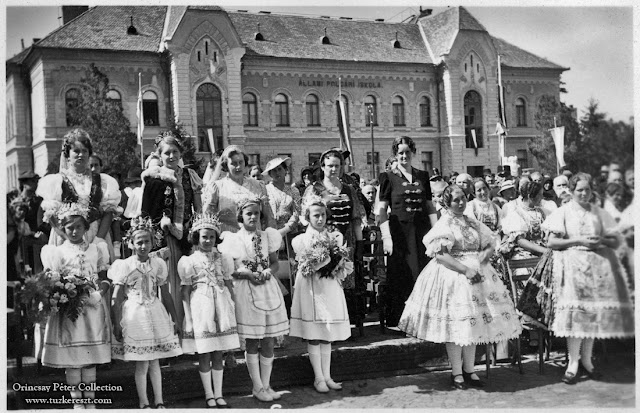 The Frontharcos Flag
In the Southern Hungarian town of Mohács, people are gathering on the square for the Frontharcos (National Front-Line Fighters’ Association) Flag ceremony. 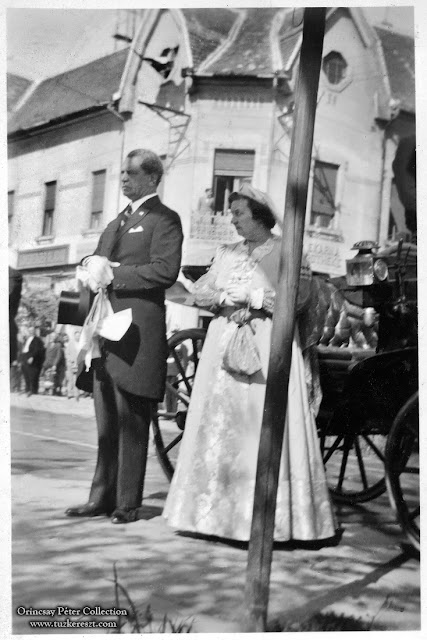 Mr Lajos Schmidt, Hungarian member of parliament and local from Mohács arrives together with his wife "The flag mother". 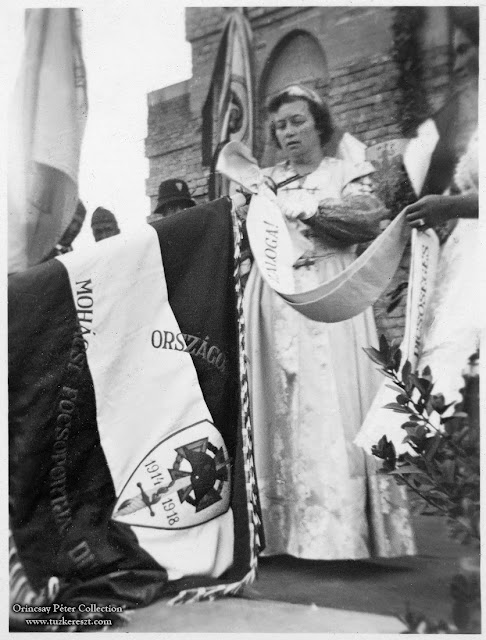 Captain Lajos Schmidt, a veteran from WW1 and a member of Frontharcos (National Front-Line Fighters’ Association) played a key role in the Hungarian resistance during the Yugoslav occupation of Mohács that ended in 1921 when the town returned to Hungary. 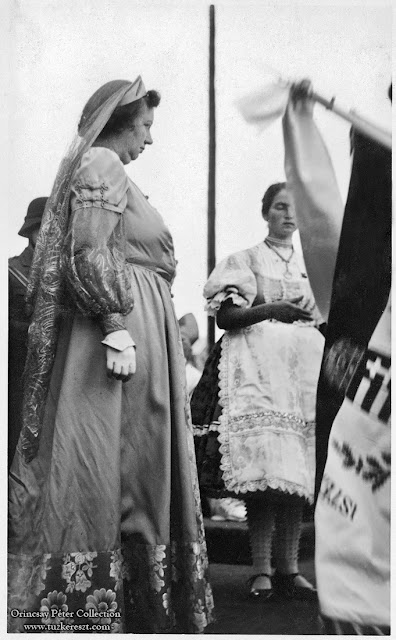 The flag is given its embroiled ribbon with the words given by the "The flag mother", Mrs Schmidt. 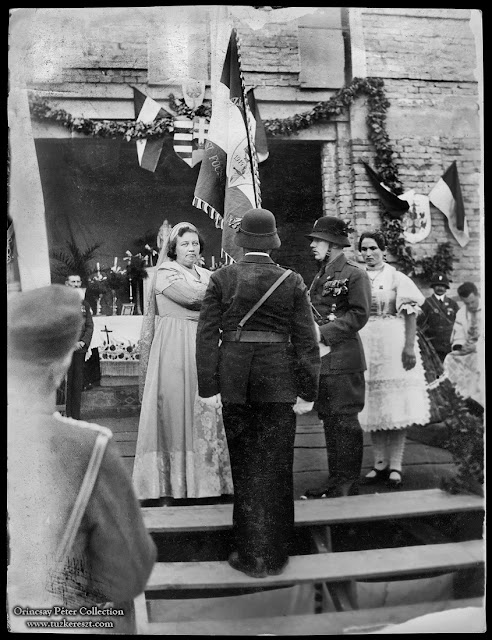 The Frontharcos members with their flag. 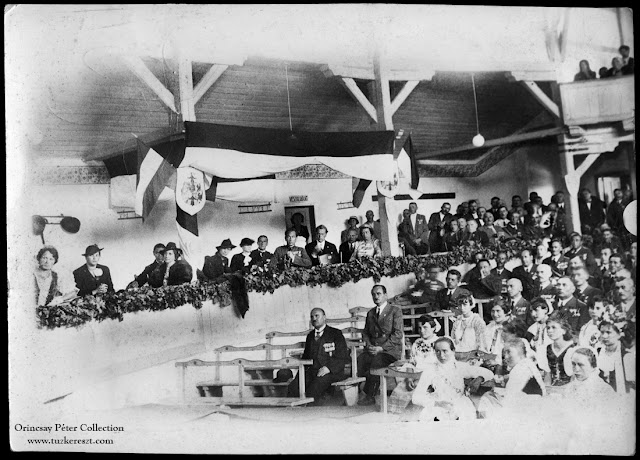 The gathering after the ceremony for the Frontharcos flag in Mohács.
Upplagd av Péter Orincsay