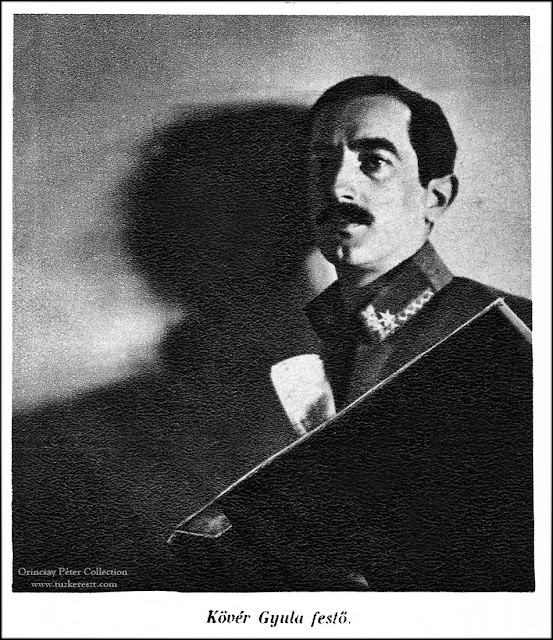 Gyula Kövér was born in the Hungarian village of Verpelét the 18th of April 1883. He attended the Royal Hungarian university of fine art between 1902 to 1908 in Budapest. Gyula continued his studies around Europe in many cities like Munich, Rome, Paris and Madrid. After many years abroad he settled again in Budapest in 1911.


In 1914 he received a very prestigious award, the Franz Joseph Coronation Jubilee Award (it was a scholarship, founded in 1892 to support contemporary young artists).
In 1914 by the outbreak of WW1, Gyula Kövér attended reserve officers training and joined the "Kriegspressehauptquartier", the Press Headquarters, a department of the Austro-Hungarian army headquarters "Kunstgruppe" art-group.
During his 35 month front service, he captured the everyday life at the front line on hundreds of epic charcoal drawings. He captured every small detail and made many famous front line landscapes and portraits of officers, NCO's and Hungarian Honvéd soldiers as well as prisoners of war.

He continued his artist career after the war and returned to make civilian motives.

The following front line drawings originates from an article published in the "Az Érdekes Ujság" (The interesting Newspaper) in April of 1916. The motives are from the Austro-Hungarian eastern front towards Imperial Russia. 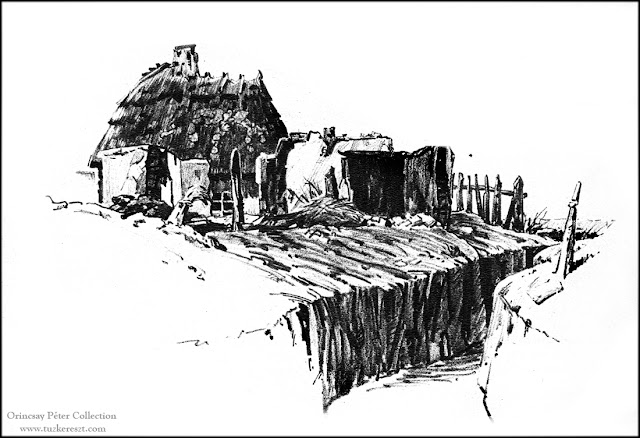 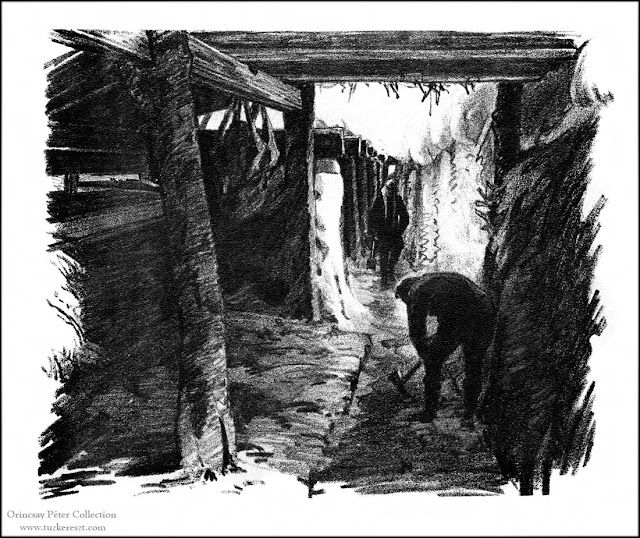 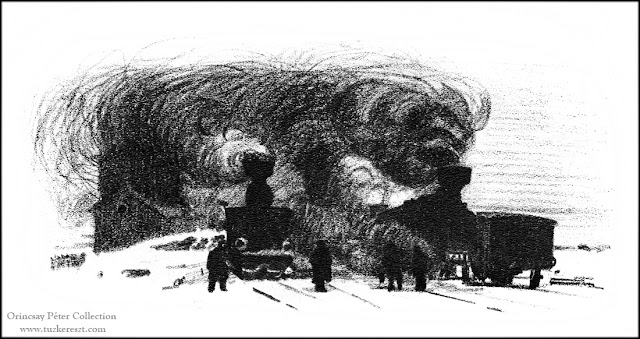 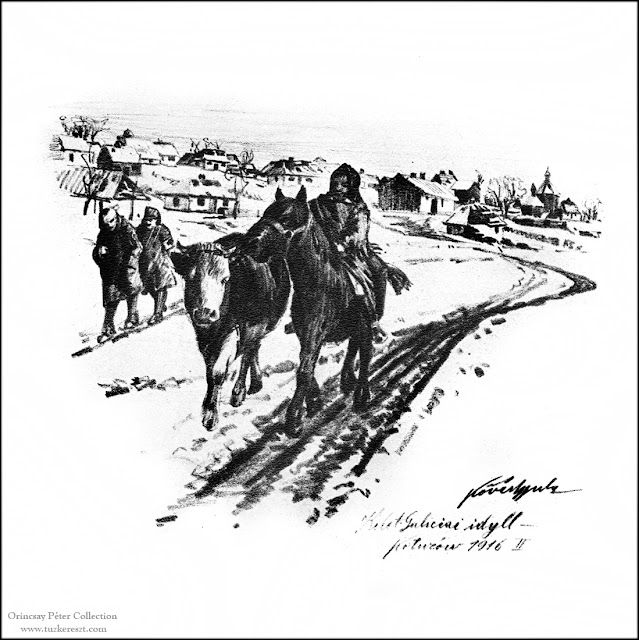 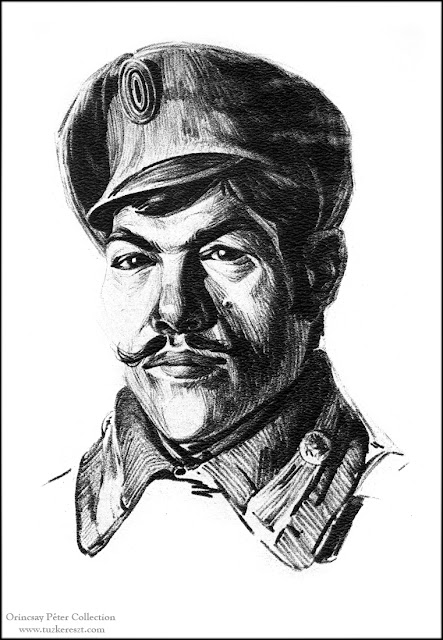 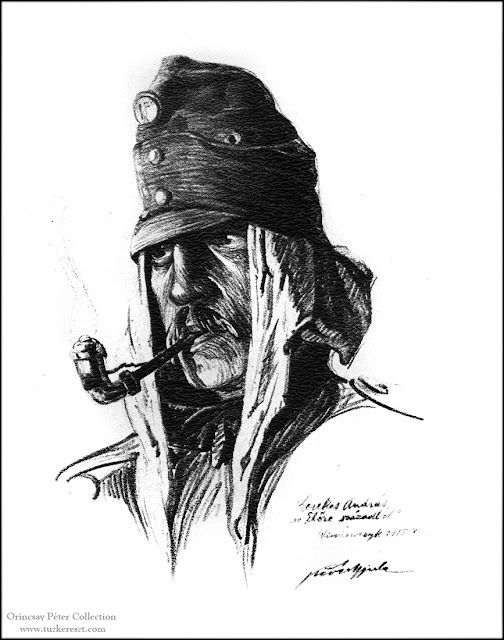 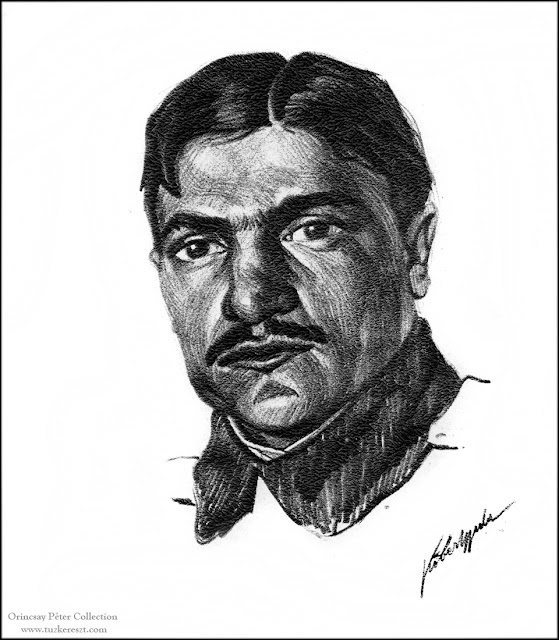 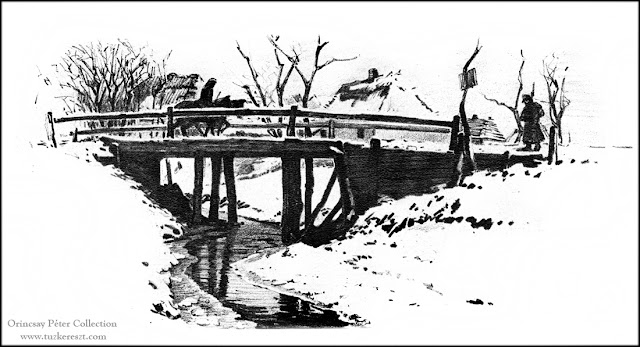