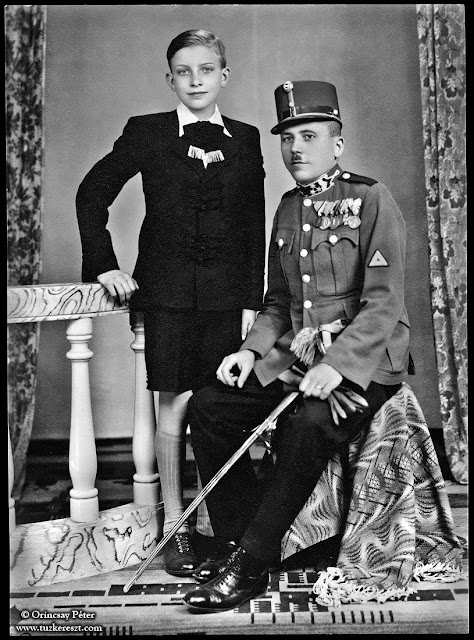 " Father and Son "
Studio photograph of a Hungarian artillery sergeant-major with a nice WW1 medal bar.
A veteran from the great war, he continued to serve in the, from the WW1 peace treaty reduced Hungarian army. The triangle on the left arm marks that he is a regular army employed, in contrast from reservists and part time NCO's. The buttons on the sergeant-major's tunic are silver coloured as well as the sabre knot, collar stars and stripe and triangle on the arm. The collar colour for the artillery was deep red and the shoulder-boards had the same branch colour.
Upplagd av Péter Orincsay