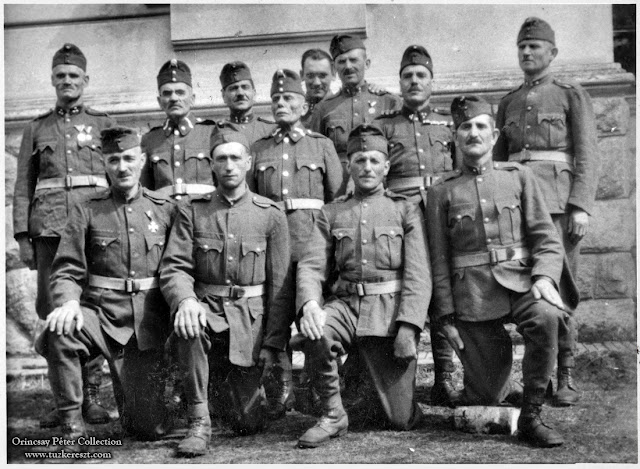 " Öreg Katonák "
Öreg Katonák, Hungarian for "senior soldiers" was a term used for over aged conscripts/volunteers that were serving in the Hungarian army. To fill the ranks and for service at the home front these elderly soldiers filled an important role, many of the soldiers had served in WW1 and had previous military experience that came in a good time when the war effort needed more people. 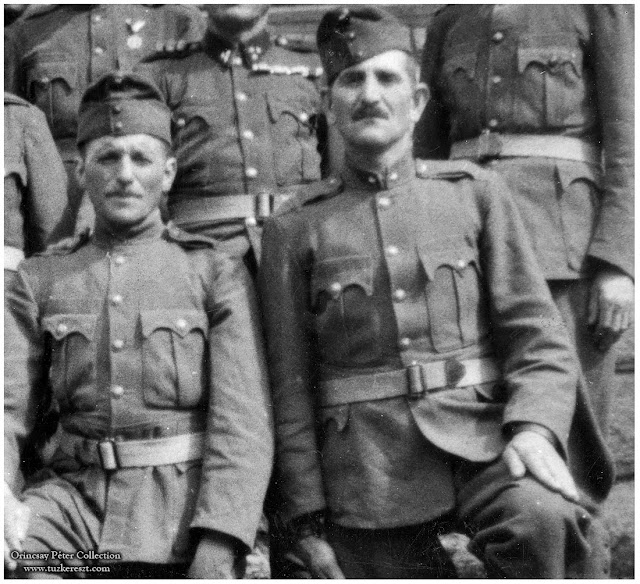 The soldiers in the photograph are seen wearing the canvas replacement belt instead of the usual leather.
Upplagd av Péter Orincsay