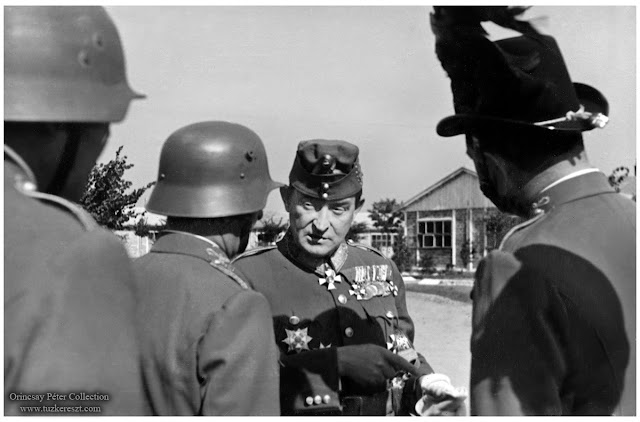 On September 1, 1944, he was promoted to Colonel general, and on the 28th he headed to Moscow for a ceasefire delegation. On October 11, he signed the preliminary ceasefire agreement on behalf of Hungary. After the Arrow Cross took power, he was deprived of his rank. As a member of the Moscow Working Committee, he also took part in the ongoing negotiations on the formation of the government. From December 22, 1944 to July 21, 1945, he lived in the Provisional National Government as a Minister of Local Government.
Later in life he was deprived of all military ranks by the communist government in Hungary, and died in poverty after being evicted to farm near the southern Hungarian town of Kecskemét.
Upplagd av Péter Orincsay